Charlie Manuel gives his Spring Training address: "Just do what you did last year."

So does J.A. Happ.  I recommend they settle this with a Thunderdome-style battle (although the lame example below appears to be from the Burning Man Festival.  The guy on the left, Dave Pritchard, is VP, Accounts Receivable, for a large shipping company; on the right, Sam Palmer, equity partner for a major California law firm.  They're fighting over the last dose of Ketamine.)... 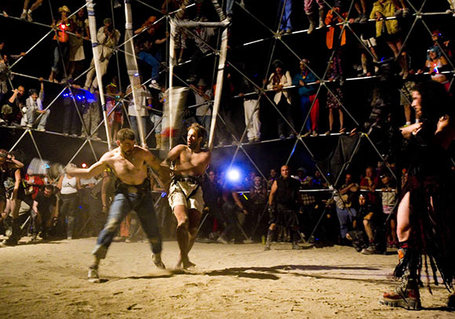 I can think of at least one thing wrong with this headline...

Via The700Level.com -- Ibanez samples some cheesesteaks.