Thank you, Mr. Cartwright: Another visit with the inventor of baseball

Share All sharing options for: Thank you, Mr. Cartwright: Another visit with the inventor of baseball

Long-time Phighters may remember this piece from three years ago, wherein I sacrificed my then-beloved (but now appallingly ugly to me) Phillies cap to the tomb of Alexander Cartwright in Honolulu.

For those who don't know, Alexander Cartwright is the person most often credited with inventing "modern baseball" -- setting the bases 90 feet apart, etc... see plaque below.  Before Hoboken, New Jersey became the playground for drunk twentysomethings of all stripes, Cartwright organized the first modern baseball game at Hoboken's Elysian Fields.  His life took him to Honolulu, Hawaii, where he died and was buried in 1892.

So what's happened to my Phillies since January 2006?  Two NL East titles, and a World Championship.  Pretty good, I'd say.

Last week, I returned to the site to pay my respects and give thanks to Mr. Cartwright, and to leave a token of my appreciation -- I planted a 2008 World Champions flag at his grave. 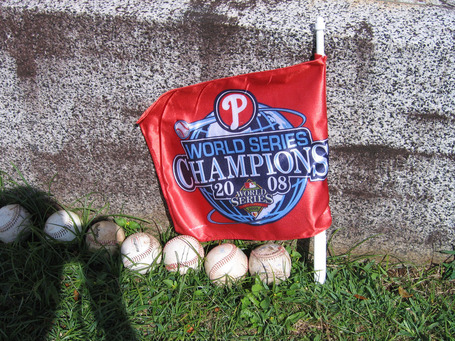 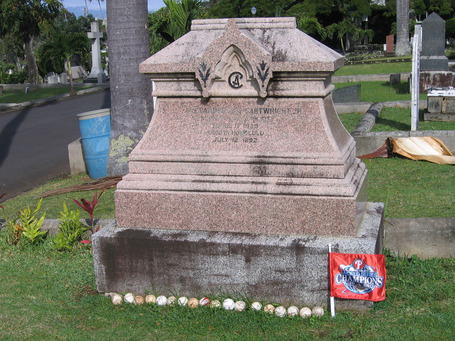 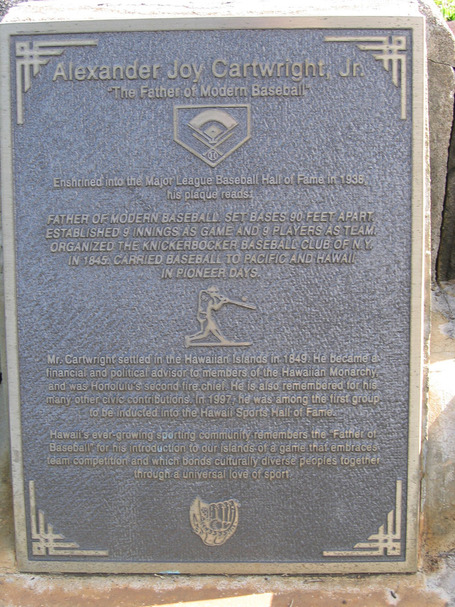 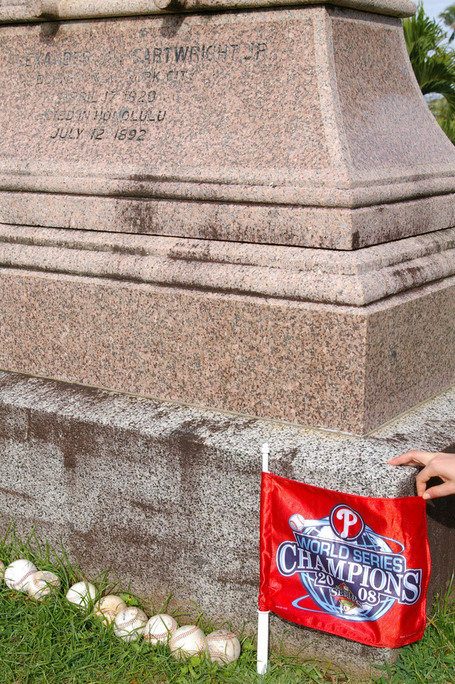 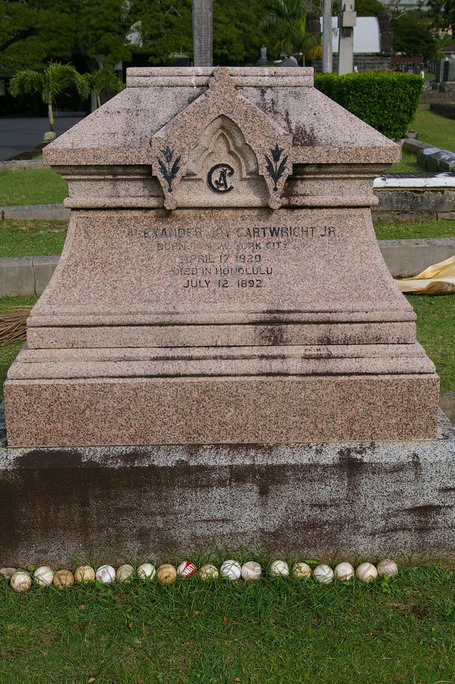 Fans from all over the world left baseballs at the base of the tombstone, including a Cincinnati Reds fan... 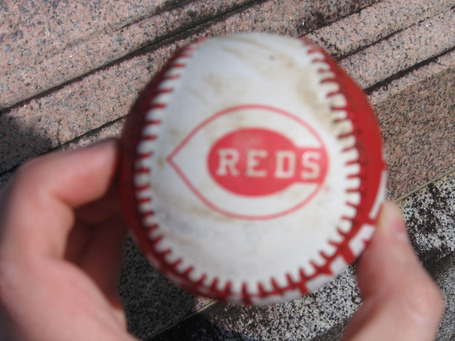 Thank you, Mr. Cartwright (and thanks to my wife for holding the flag while I took the photos). 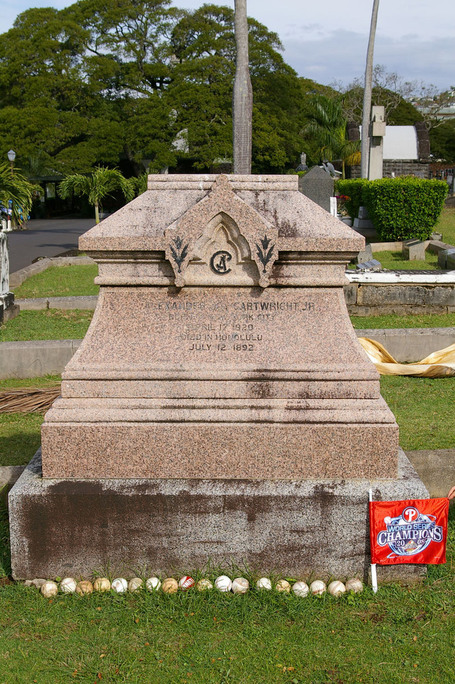