Apples and Oranges, and Ryan Howard

Share All sharing options for: Apples and Oranges, and Ryan Howard

Sabermetric Orthodoxy has left Ryan Howard for dead.  His batting average has fallen for the last couple of years, he has put on weight, and his numbers and phenotypic characteristics remind everyone of quick fading sluggers of the past.  Baseball Prospectus and Baseball-Reference each list a number of comparable players to Ryan Howard by statistics and phenotype, and things are not pretty when you look at his comparable players.  I am not an expert on this kind of analysis, but I find it suspicious when it comes to Ryan Howard.  Certainly, Ryan Howard’s BABIP has fallen and that has been taken by many to be a sign of his downfall.  However, his strikeout rate—though very high—has been reasonably stable and certainly has not been consistently escalating.  His homerun rate has only fallen slightly over the past few years as well.  While it is doubtful that Howard will repeat his 2006 MVP numbers, his doom may be predicted a bit early.  One thing that Bill James recently pointed out about Ryan Howard in a recent article (available to subscribers at www.BillJamesOnline.net) is that Howard is very different from David Ortiz—a player he is frequently compared to—in one very significant way.  Howard hits his homeruns to leftfield.  In fact, he does so more frequently than he hits homeruns to rightfield.  In fact, Jeremy Greenhouse recently posted an article on BaseballAnalysts.com, where he reports that Ryan Howard is by far the most productive hitter in the league on balls hit the opposite way.  While Howard’s power may erode as he gets older, his power may in fact be so strong that losing a little bit of it might not change his numbers much—only the tape measure.

I gathered a list of Howard’s comparable players according to Baseball-Reference and Baseball Prospectus—neither of whom uses batted ball data as far as I know to determine comparable players, and checked how many of their homeruns were pulled, hit to centerfield, and hit the other way.  The chart may shock you.

The average power hitter on this list of players who are supposed to be comparable to Ryan Howard pulls nearly 50% of their flyballs.  Richie Sexson’s 32.5% was the lowest of any of the players on that list.  Howard only pulls 20.8% of his flyballs.  Howard hits 28.8% of his flyballs the other way.  The average comparable listed for Ryan Howard hits  less than 10% of his homeruns the other way—and no one does it more than Adrian Gonzalez at 21.6%.  In fact, Jose Canseco hit only 4.06% of his homeruns the other way.

Let’s put it another way.  Have a look at a graph of each of these supposedly similar players by pull HR%:

Check out that cluster of hitters between 40-60%.  See the blue diamond down near 20%?  That’s Ryan Howard.  There is no one even in this range. 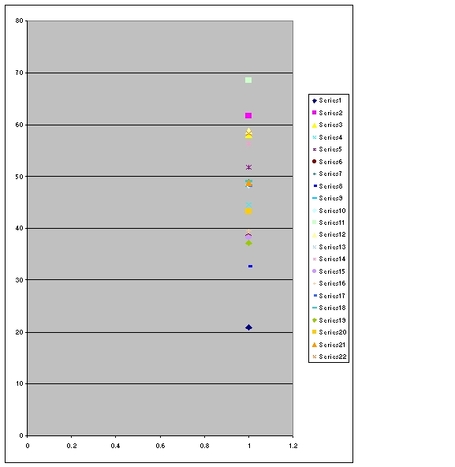 On the other hand, check out the cluster for opposite field percentage of homeruns 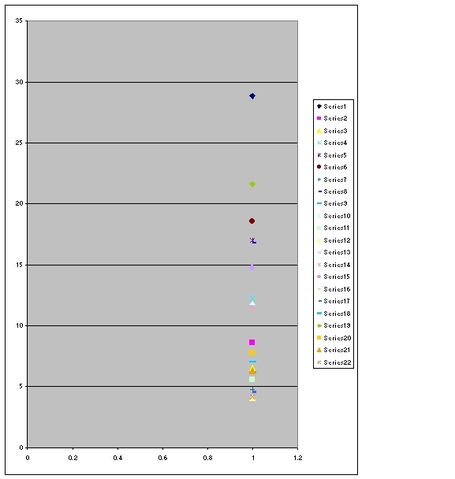 Check out the cluster of hitters under 10%...and Ryan Howard up near 30%.  These are supposed to be Ryan Howard’s comparable power hitters.  They certainly aren’t comparable when it comes to homerun location.  The skill that Howard is being compared to them based on—being able to hit a baseball a long way—involves using very different muscles when he does it than when the other hitters do it.  Is it really fair to assume that they will have similar aging patterns?

Does this mean that Ryan Howard’s critics are wrong?  No.  But it does certainly call into question the value of using comparable players to predict everyone and when there is such a glaring difference in Howard’s success as compared with similar sluggers, perhaps his decline will not be similar either.