Despite their mutual co-existence for well over a century, the paths of the Phillies and Yankees have rarely crossed, with the exception of the 1950 World Series, and a few Interleague series here and there.

But, for the first time since 1950, the Phillies are playing the Yankees, and both teams are good.  Fancy that.

Disclaimer: Many of my friends are Yankees fans.  They are good people and love their team.  This is meant to be in good fun.  I also married a Yankees fan.  But over the 10 years of our relationship, I have molded her into a Phillies fan.  My methods were stringent but merciful (see photo for inspiration).  I take much pride in this, perhaps my greatest accomplishment. 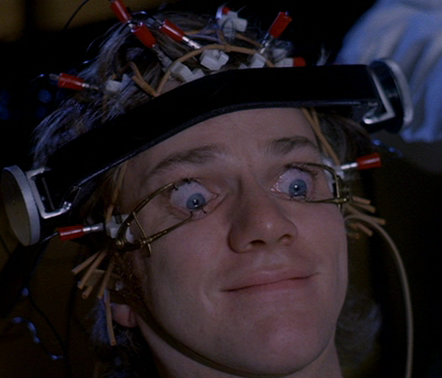 Today, I live in close to the heart of Yankees territory -- northern New Jersey.  As a service to our readership, here's a quick guide to the mind of the Yankees fan:

1.  They don't believe in the letter "s", or pluralization in general.

Is there another fanbase that refers to their favorite team in the singular?  "I'm a Yankee fan."  What?  Which Yankee?  "I'm going to the Yankee game."  Why are you dropping the letter?

At the risk of overgeneralization, and there are exceptions, Yankees fans tend to be among the least educated fans in sports, only aware of their own players and players on the Red Sox (and possibly Roy Halladay) -- except when they want YOUR players, then they call WFAN and propose trades like Melky Cabrera and Phil Coke for Cole Hamels.  They didn't know who Mark Teixeira was until the day he signed.  And when you try to discuss other teams with them, they look at you like you're wasting their time.  Yet there's a sense of Yankees Exceptionalism wherein they expect you to know everything in the world about Joba Chamberlain and Robinson Cano, and this idea that their roster dreck is somehow superior to anyone else's.

Occasionally you meet one who plays fantasy baseball, and he'll ask you if Jimmy Rollins stole any bases last night, but that's it.

3. They believe in magic.

They perceive a mystical, inherently superior quality to their team and their players, ignoring the vast resources they've had over the years, the way they've raped other franchises for talent, etc. Forget the fact that they're able to pay above slot in the draft, outbid everyone for the top free agents, and commit millions upon millions to the Caribbean and Pacific Rim... No.  It's the Magic of the Pinstripes.  Barf.

Where Mets fans react to failure with anger (Minaya!  Wilpon!), Yankees fans are merely confused and sad -- how did this happen?  We're supposed to win every year.  This is our birthright.  There's something wrong.

And this is their weakness.  Talk about his poor defense.  Call him Pasta-Diving Jeter.  Imply that he's a Megan's Law registrant.

The past five years have seen a sea change in the temperament of Yankees fans and Red Sox fans.  It's as if they've swapped mindsets and outlooks.  The Yankees fans are now neurotic and pessimistic, while Red Sox fans have become arrogant and betray a sense of entitlement (I got that from somewhere, I wish I could remember where...).  Losing (or more accurately, failure to win the World Series) has made Yankees fans generally much more tolerable.  If they win another World Series soon, however, all bets are off.

This concludes this presentation from The Good Phight's Institute for Higher Learning.  Have a good weekend.