ESPN.com's Buster Olney reports that the Phillies have allegedly been discussing the possibility of swapping first basemen with the St. Louis Cardinals, sending Ryan Howard to the Cards in exchange for ManMachine Albert Pujols.  Pujols is set to be a free agent after the 2011 season and there is a very real possibility that the Cardinals will not be able to afford his expected $30MM/year-ish salary.  Howard, for his part, would return to his hometown of St. Louis (OK he's from the suburbs but you get it).

Ruben Amaro, Jr., denies it.  He denies it completely.

Phillies general manager Ruben Amaro flatly denied that the internal discussions have taken place. "Lies," he said. "That's a lie. I don't know who you're talking to, but that's a lie." 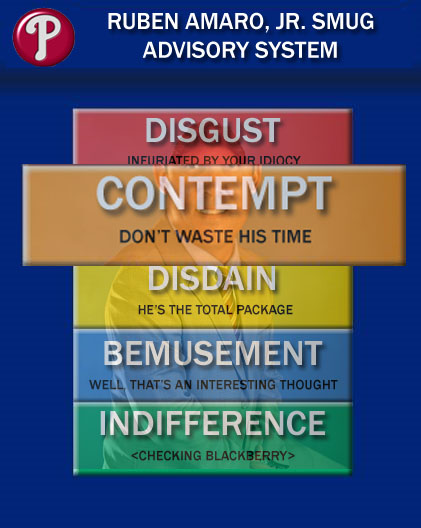 This is probably not gonna happen.  It's sort of like me having internal discussions about trading my wife for Charlize Theron (I love you honey!).  I mean, it's really really really really unlikely.  But still...