Share All sharing options for: Cerberus Lives: Who Needs Utley, Polanco, and Ruiz?

Here's a tough one for you.  Which player would you rather have starting for your team:

Still prefer Player A over Player B now?

I'll give you that over the longterm the answer's clearly "no."  But, at least for the last three days, we can't really complain about the production the Phillies have received by the motley crew of replacements they've thrown out there. 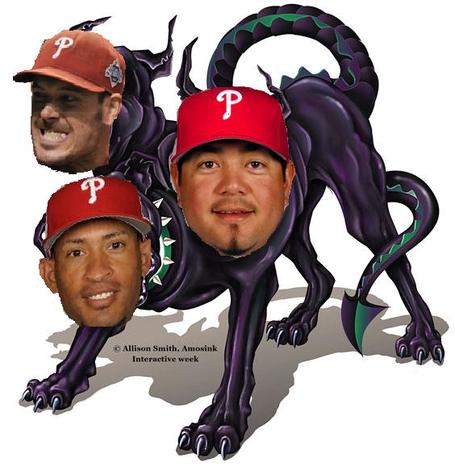