Share All sharing options for: Old and Busted: Cardinals 7, Phillies 1

Another Phillies game, another key injury, another really ugly night.  Such has been the summer of 2010 for our Fightins.

Cardinals co-ace Chris Carpenter held the Phillies to just one run in eight innings, and Jamie Moyer was removed after just one inning after suffering a left elbow strain.  Recent call-up Drew Carpenter filled in and, well... three innings, five hits, three runs, including a two-run home run from the corpse of former Major Leaguer Randy Winn.  Danys Baez turned in his typical turdmanlike performance, allowing a three run homer to Matt Holliday in the bottom of the fifth.

What else can be said?  Nothing.  This team suuuuuuuhcks.  Oh and it may have been Jayson Werth's last game.  Godspeed, Wertz. 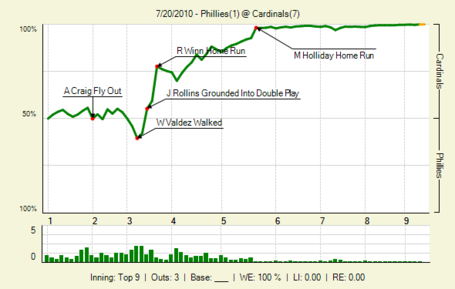