As many of you may know, the highly-anticipated film adaptation of Michael Lewis'  book, Moneyball, is currently in production. The film features a star-studded cast--including Brad Pitt as A's GM Billy Beane, Jonah Hill as assistant GM Paul DePodesta (I admit, this is a strange choice), and Philip Seymour Hoffman as manager Art Howe, among others--that all but ensures it will be a super smash box office hit (okay, maybe not). With the forthcoming release of Moneyball, the demand in the biz for front-office baseball drama screenplays is obviously at an all-time high.

What does this have to do with the Phillies, you might be wondering. Well, like any self-respecting Jew, I employ my own personal Hollywood insider to keep me apprised of the latest showbiz scuttlebutt. The other day, my guy contacted me with something that I believe will be of great interest to you all.

Thus, without any further adieu, after the jump I present to you FIVE leaked pages from the script of what to this point is only known as the "Untitled Rubén Amaro Biopic": 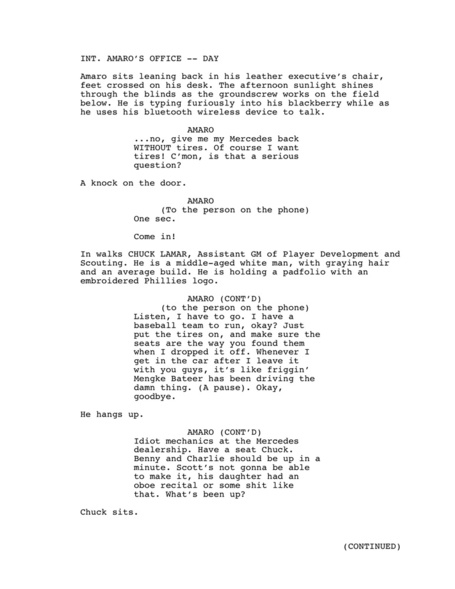 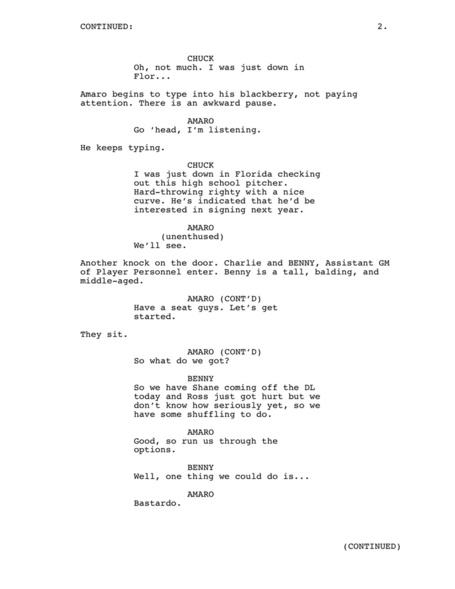 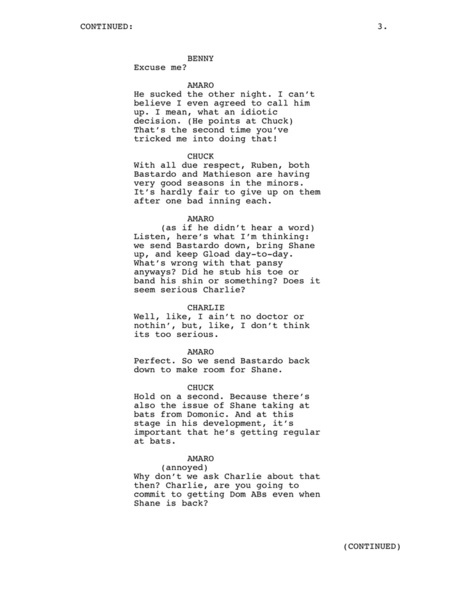 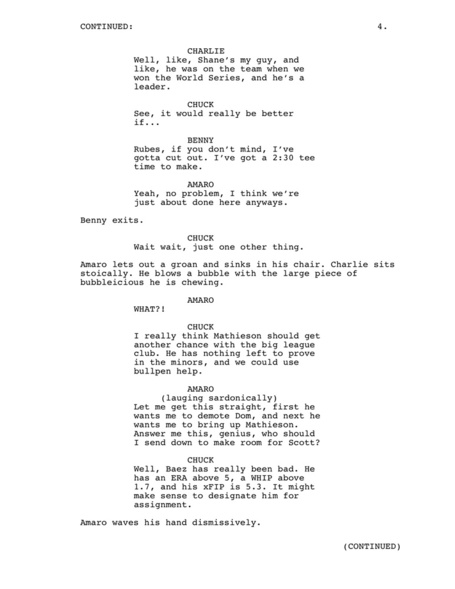 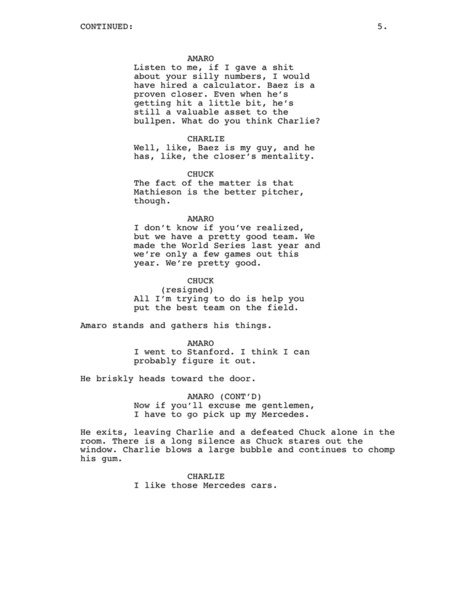