The make-shift 4-5-6 hitters combined for six of the Phillies' eight hits and drove in all of the team's runs.  Francisco slugged two homers and drove in three. 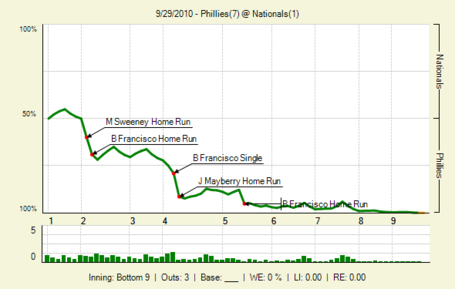