Share All sharing options for: Some Weekend Phillies Links For You, March 25, 2011: Ryan, we're bigger than U.S. Steel.

-It's the final weekend before the baseball games matter again. Hope you are able to find something to do to occupy yourselves.

-Don't forget to VOTE FOR US IN THE ELITE 8 of The Phield. Polls close at 5 PM on Sunday.

-The Phillies beat the Atlanta CLASSES, 3-1, in the 'Fruit. Rollins went 2 for 3 with a 2 run homer, Castillo went 1 for 2 with 2 walks (on base skills, folks), and Ryan Howard went 1 for 2 with an RBI triple (nearly a homer) and a walk. Blanton pitched very well, going 6 scoreless innings, allowing 4 hits, striking out 4, and walking none. Madson pitched a scoreless 8th and Contreras a scoreless 9th for the save (telling?).

Jimmy Rollins, Joe Blanton team up to take down Braves
Every night, before I go to bed, I have been saying prayers to Base Ba'al that Rollins stays (somewhat) healthy this season.

Chase Utley injury update
"This will really come down to how well the Phillies' medical staff can keep Utley functional and how much pain Utley is willing to take." 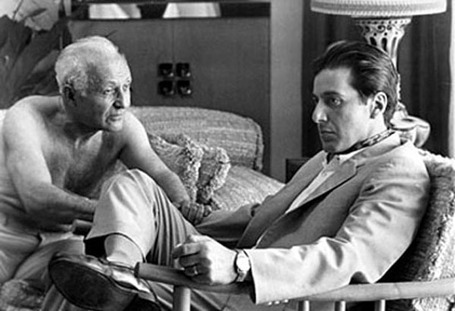 What Do People See in Wilson Valdez?
A player they've heard of.

More after the jump!

Pedro Immortalized at the Smithsonian
"WASHINGTON – The Smithsonian National Portrait Gallery on Friday will render homage to vintage Montreal Expos pitcher Pedro Martinez. The celebritous museum installed the portrait of the 39 year-old "cannon" in the indoors part of the museum. It is the painter, Susan Miller-Havens, who had the honor of painting the painting." He was always one of my favorite players, so getting to see him pitch for the Phillies, even briefly, was fantastic.

CONTEST: Win MLB2K11 for the XBOX 360!
For all you gamers out there, go represent The Good Phight.

CLASSY things written about baseball of the day:

From this amusing thread:

D: Stay CLASSY*, Philly. Maybe Kimbrel can put one in his ear (*Emphasis mine.)

E: I bet he'd whine as much as Prince Fielder...

B: I'd rather Craig make him look ridiculous on a nasty hook

D: Fine by me but only after he buzzes the tower.

E: 2 strikes looking, then bean him in the head…..it’s one pitch less than a normal intentional walk.

D: I'm just not a fan of anybody chillin in the box like that. I’d go old school on him, Bob Gibson style.