Lemme proposition you. No, not with those stale "who will win the division/pennant/World Series?/bold prediction"  kinds of articles. Let's instead play a game born of contemplating stats, but oh so much more: TGP's Season-long Over/Under Never Events, our annual competition/exhibition of our own snarky brand of "gut feel." Thanks to those of you who chipped in on last night's post soliciting some input -- as you always do, you helped make it funner.

Here's how to play. Enter your guesses in the comments. For each of the in-game events described below, guess if it will happen before (under), after (over), or not at all (never) during the 2011 season). One entry per screen name. Contest will be open until the first Over/Under/Never event comes true, whereupon the comments will be closed.

Tastykake reward (of some kind) for the best prognosticator come season's end. (h/t to Phrozen, who, from his outpost across the continent espied by Rooskies, has graciously already compiled the official scorecard from 2010 and will tally Official 2010 O/E/N Results(TM). At long last, the inauguaral O/U/E champ will be named Monday. But I'm guessing you all knew that already, amirite?

The Official 2011 Over/Under/Never Events after the jump. 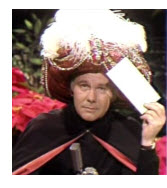