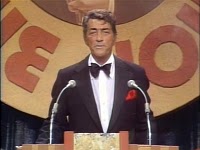 While we await Friday night's late start out in Seattle, we would be remiss if we didn't mark the homecoming of Phillies leftfielder Raul Ibanez to the city where he played 10 years with the Mariners. Since he signed his 3-year, $31.5 million contract with the Phillies before the 2009 season, life with Raul for us Phillies fans has been, predictably, a rollercoaster of a ride marked, on occasion, with head-shakingly putrid defensive plays. (::Mariners fans nod knowingly::)

Below are a few starter zinger categories, which, of course, you are free to add to:

With the good graces of Lookout Landing's sexy blog leader Jeff Sullivan, we expect to be joined this evening by our snarky SBN brethren and sistren out in the Great Pacific Northwest so we can revel in the full span of Raul's baseball career. Welcome Lookout Landingers, and thanks Jeff!

As with all roasts, you may work blue, but for f*&*'s sake, try to be somewhat clever and classily artistic about it. And now, the star of this post: RAUUUUUUUUUL IBANEZ!