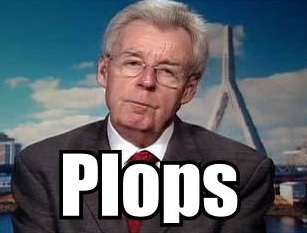 Jason Vargas dominated the Phillies' scuffling lineup today, allowing only three hits in a complete game shutout en route to a 2-0 Mariners victory in the rubber game of this Interleague matchup.

Cole Hamels matched Vargas for the first five innings, striking out his 1,000th career batter in the process, but was undone by some iffy defense in the sixth -- Ryan Howard couldn't handle a hot grounder from Ichiro Suzuki with one out.  Ichiro advanced to second on a Brendan Ryan groundout, then scored easily on a bloop single to left by Justin Smoak -- a ball that could have been caught by a number of left fielders not named Michael Martinez.

The Mariners plated their second run in the seventh after a leadoff triple from Dustin Ackley; Ackley then scored on a one-out bloop single to left just feet in front of guess who? Michael Martinez.

Hamels went 6 1/3 innings and struck out six, walking none, and taking the tough luck loss on a couple of "earned" runs.  Games like today are the reason why new-age baseball thinkers look past Earned Run Average and pitcher Wins in evaluating pitchers.  Hamels was nasty, but gave up lots of foul balls throughout the game, driving his pitch count up and resulting in some hard hit balls toward the end of his outing.  Hamels' mere appearance in the seventh inning -- he ultimately threw 118 pitches -- was also questionable.

If it's June, and it's Interleague Play, it's the Phillies playing like cow flop. 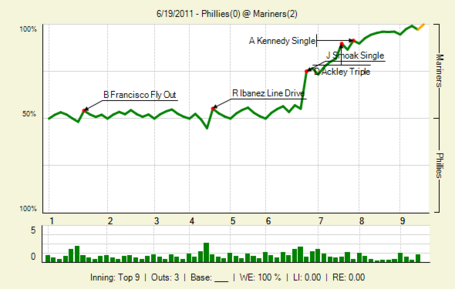