Forgive me. I was welcoming in the Freddy Adu era tonight at the Union game and totally missed this game. And apparently it's Vacation Week here at TGP, so I'm left holding the recap bag tonight. Fortunately for all involved, the Phillies figured out a way to break a 2-2 tie. From the looks of it on the highlights, it seems I can thin-slice it thusly: 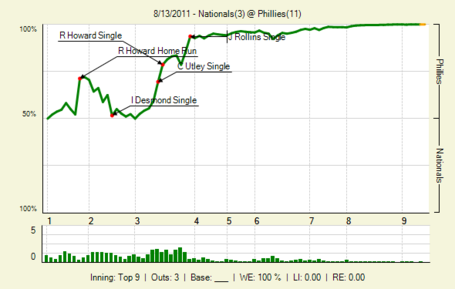