I will try to add more verbiage later, but for now two quick tables:

- Update of key stats of the Phillies to date vs. early 2011 (pre Utley's return)

- As they start a new series, a comparison of those same stats between the Phils and Diamondbacks 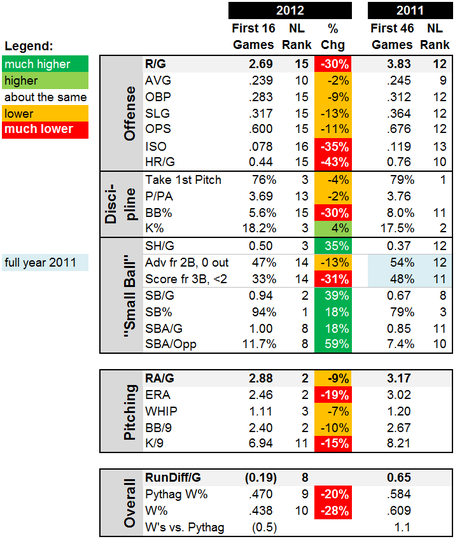 - Isolated Power has dropped below the Pirates for last place in the NL
- I've added Home Runs to the list, and, not surprisingly, the Phillies are near the bottom, and 43% behind last year's early pace 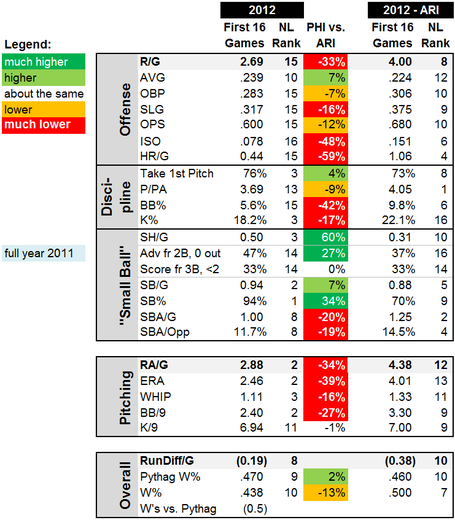 - The D-backs lead the NL in pitches per plate appearance, and have a BB% near 10%