Share All sharing options for: Offense By Ambien: Cubs 5, Phillies 1

The Phillies failed to exploit a first-and-third, no out situation in the first, and watched the Cubs dink-and-dunk Roy Halladay to death, as the Phillies fell to the Cubs by a score of 5-1.

Halladay struck out five in seven innings, and allowed three runs, without too terribly many hard hit balls. The Phillies only got on the board with a Ty Wigginton solo home run in the seventh. Paul Maholm went 6 1/3 innings and only managed a single strikeout, but walked none and induced a mind-boggling 15 grounders, a recipe for success. In total, the Phillies offense managed zero bases on balls against the Cubs, including their pyroclastic bullpen.

The Cubs tacked on two extra runs in the top of the ninth thanks to a defensive miscue from Hunter Pence on a sinking liner from Reed Johnson with two outs. With Geovany Soto on first and Michael Schwimer pitching, Pence attempted a diving catch, but the ball got past him for a triple, allowing Soto to score. David DeJesus then drove Johnson home for the game's fifth run. 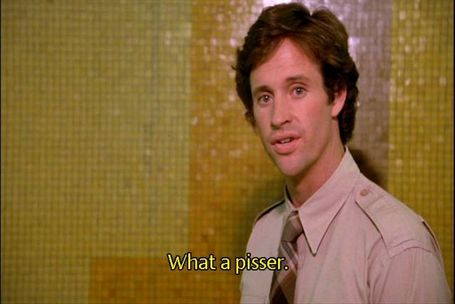