There is something about Carlos Ruiz that will never be translateable, always just a bit hidden and inaccessible. He may not have complete mastery of the English language, for instance, yet there's a depth to the man that makes you suspect it's all a facade. And when he's angry, and his blood is up, the man channels it into equatorially hot baseball.

In a game that was billed as zOMG Bryce Harper vs. Cole Hamels 2 WHAAT?, Carlos Ruiz, batting cleanup for the first time since it's become painfully obvious he's desperately needed there, went 3 for 4 with a run scored and a double, snuffed out a run at the plate on a masterful outfield assist from Hunter Pence in the sixth (after Bryce Harper - BOO! - singled with Danny Espinosa at second base), took a foul tip off his right thumb/wrist in the eighth inning and stayed in the game, the tough sunufabitch. (After the game, Charlie Manuel said that Ruiz was being x-rayed to look at his right thumb and wrist.) It was a grand, public spectacle of a man playing the part of an upraised middle finger, psychically directed at some combination of umpire Gary Cederstrom and that part of his own clubhouse which insists on being deeply, profoundly, and unentertainingly mediocre.

Cole Hamels was his usual, fabulous self, pitching another great game to his seventh win of the season and prompting fanboys everwhere to surround their "Mrs. Cole Hamels" signatures with extra hearts and unicorns, especially now that he's gone with an ultra dreamy, shorter haircut. I mean! Hamels pitched eight innings, surrendering three walks and four hits, and striking out eight to drive his ERA down to 2.17 (2.09 FIP) and his Pay the Man! record to 7-1. The Phillies, meanwhile, were able to salvage one game from the division-leading Nationals, bubble up once again to one game away from the .500 mark, but stay only 4.5 games back in the clumpily talented N.L. East.

Honorable mentions need to be spread around:

Meet me in St. Louis tomorrow. No room to fool around against the Cardinals. But meanwhile: Winning! You know, better than losing, maaaan. 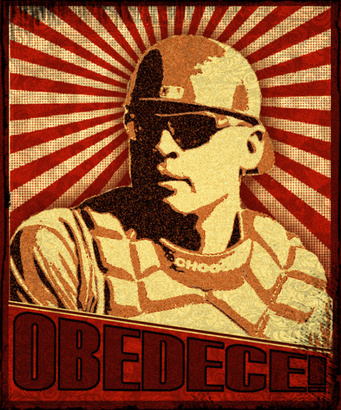