Items after the jump:
- Interleague play so far this year
- Phils batters vs. projections
- Twins stats
- Phillies stats vs. same time in 2011: for the last month and a half, they've scored the 3rd most runs, but also allowed the 3rd most
- NL Standings and team stats
- Milestones: Rollins, Thome, Pierre, and Hamels 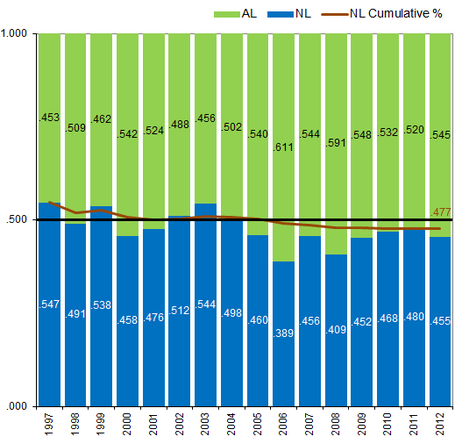 It so happens that Galvis' injury and stint on the DL came at a point when his OPS is exactly where the various projections (on average) said he would be for the year. 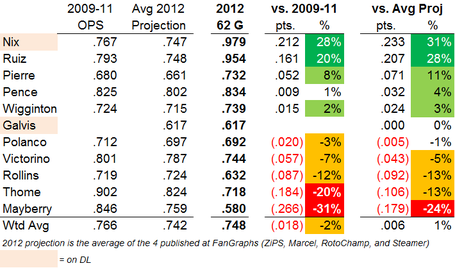 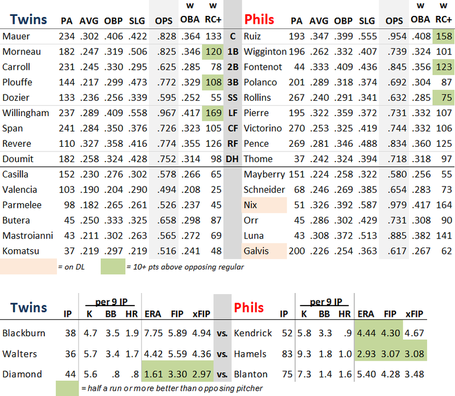 Pitching -- Starters vs. Relievers
We've looked at this previously when the bullpen was struggling, but what's striking now is that the relievers' FIP is essentially the same as it was last year. 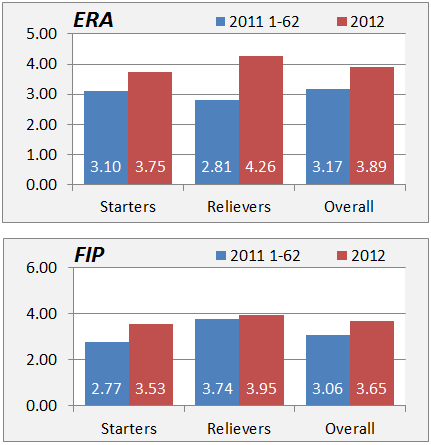 The difference is even bigger when you only look at games outside their own division: 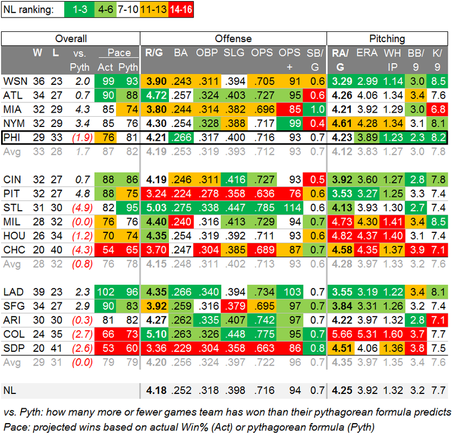