Items after the jump:
- Phils batters vs. projections
- Dodgers stats and matchups
- Phillies stats vs. early 2011 and vs. LA
- NL Standings and team stats (East dominates so far)
- Upcoming milestones

Instead of comparing to the lowest of the 4 projections published at FanGraphs, this table now compares to the average of the 4: 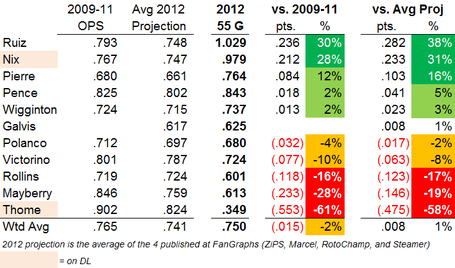 The Dodgers still have the best record in baseball, but have lost 6 of their last 7. They lost 2 of 3 in Colorado over the weekend, and before that were swept in 4 games at home against Milwaukee. 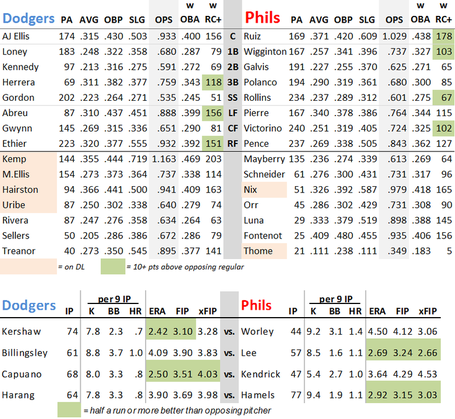 Phillies Team Stats vs. early 2011 and vs. Dodgers

Dodgers
While LA strikes out more than the Phillies, they are one of the more disciplined teams in the league, working good hitters counts and then showing patience in those situations. They have the second highest walk rate and highest OBP in the NL. 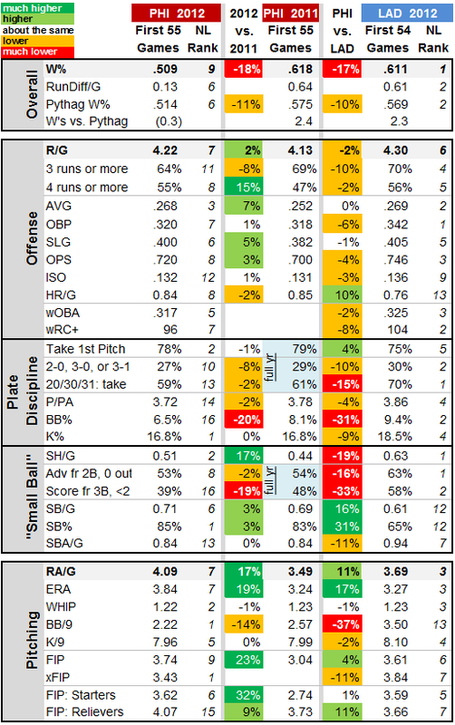 The East is by far the strongest division in the NL so far:

The difference is even more pronounced when you only look at games outside their own division: 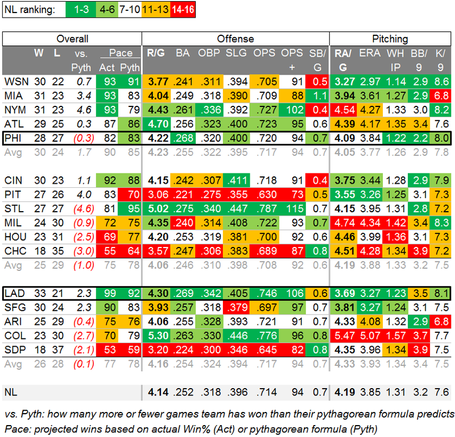