Items after the jump:
- Phils batters vs. projections
- Phillies stats vs. 2011, and vs. the Dodgers
- NL Standings and team stats
- Milestones: Rollins, Victorino, Hamels, Halladay, and Papelbon

Obviously some are over and some are under, but overall the Phillies have slightly outperformed their OPS projections thus far. 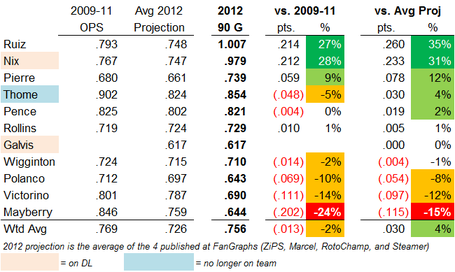 The Dodgers are near the bottom in most offensive categories. That's despite having some of the best plate discipline in the league, including leading the NL in BB%. They also lead the league in advancing runners, both from 2nd with none out, and scoring runners from 3rd with less than two out. 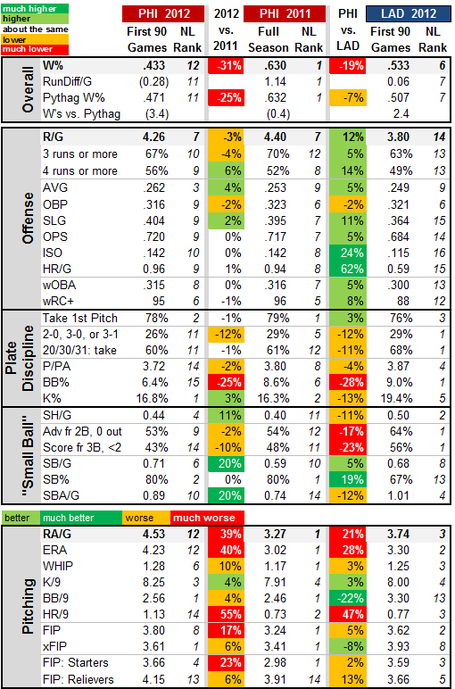 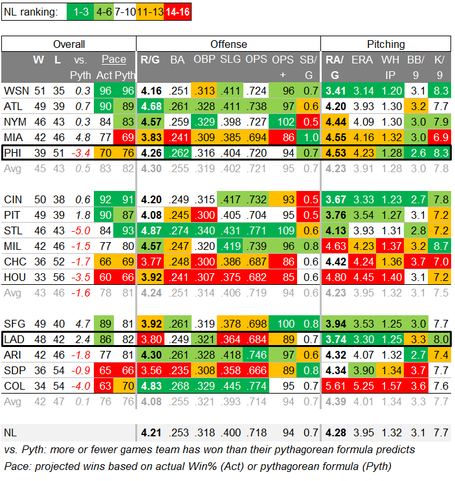 - Rollins' double on Saturday passed Mike Schmidt for 2nd on the Phillies list, with 409. Ed Delahanty is the only one ahead of him, with 442, and Rollins should overtake Delahanty sometime in 2013.

Cole Hamels
- Hamels' start yesterday tied him with Dick Ruthven and Tully Sparks (1897-1910) for 9th on the Phillies list.

Jonathan Papelbon
- His 19th save of the season on Saturdat tied him with Sparky Lyle for 34th on the All-time list at 238.