Items after the jump:
- Phils batters vs. projections
- Phillies stats vs. 2011, and vs. the Brewers
- NL Standings and team stats
- Milestones: Rollins, Utley, Victorino, Pierre, Halladay, and CBP

This now includes OPS over the last 30 and last 7 days:
. 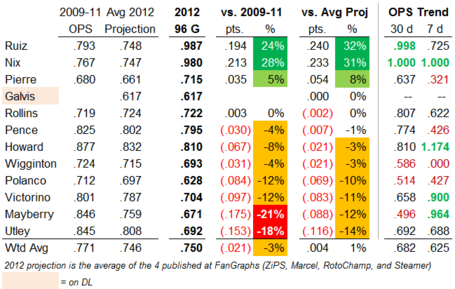 Phillies Team Stats vs. 2011 and vs. the Brewers 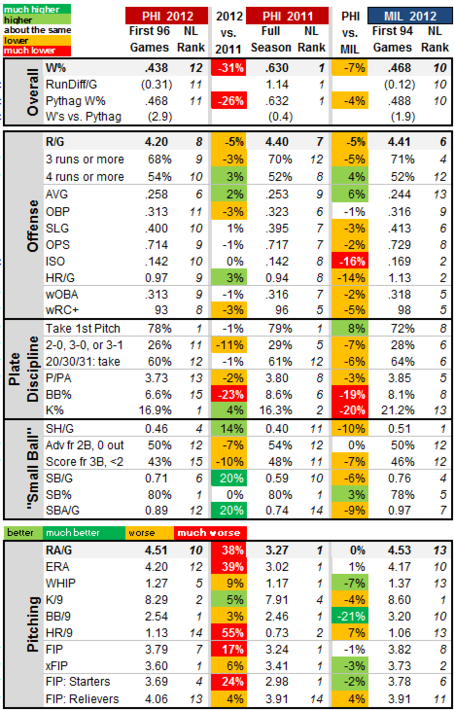 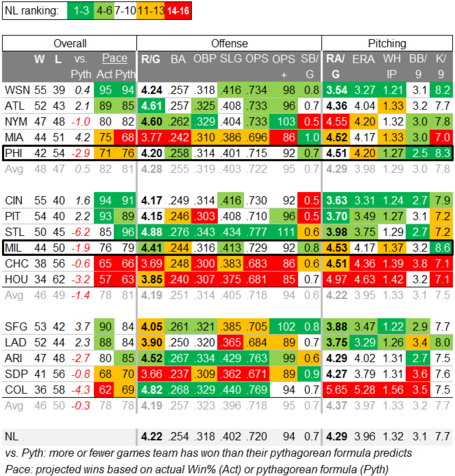 Jimmy Rollins
- His next home run (10th this year) will tie Willie Puddin' Head Jones for 12th on the Phillies list with 180.

Chase Utley
- Utley's next Sacrifice Fly (2nd this year) will tie him with Pat Burrell for 9th on the Phillies all-time list, with 42.

Citizens Bank Park
- Saturday's game featuring possibly Cole Hamels' last start at CBP had a reported attendance of 45,989, the highest for a regular season game in the park's history. That game was also the 250th consecutive regular season sell-out at CBP.