Items after the jump:
- Phils batters vs. projections
- Phillies stats vs. 2011, and vs. the Reds
- NL Standings and team stats
- Milestones: Rollins, Utley, Howard, and Halladay 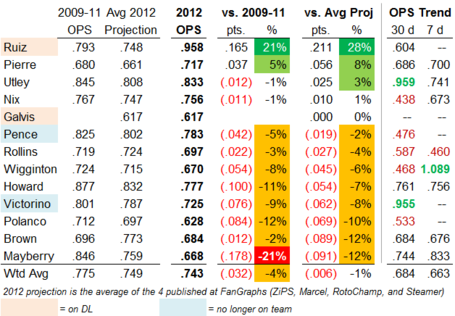 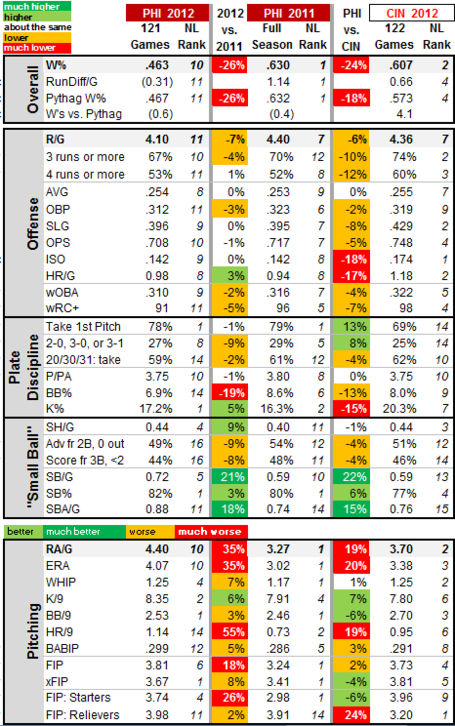 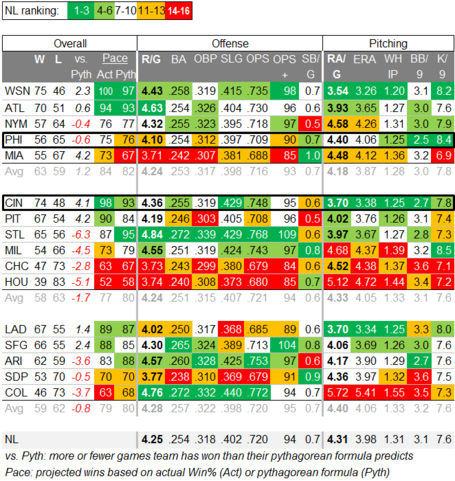 Jimmy Rollins
- His next home run (15th) will tie him with Johnny Callison (185) for 11th in Phillies history.
- His next triple (6th) will tie him with Sam Thompson for 3rd on the Phillies list at 106.
- He needs 19 hits to reach 2,000, and barring injury he should get there some time in September.
More on Rollins' climb up the Phillies record book in a recent milestones post.

Chase Utley
- His next Sacrifice Fly (2nd this year) will tie him with Pat Burrell for 9th on the Phillies list, with 42.
- He needs 4 home runs to reach 200 for his career.

Roy Halladay
- Doc's next loss (his 8th of the year) will be the 100th of his career. He currently has the 7th highest winning percentage in history, at .662.