Items after the jump:
- Traded Phillies: how are they doing?
- Phils batters vs. projections
- Phillies stats vs. 2011, and vs. the Nationals
- NL Standings and team stats
- Milestones: Rollins on the verge of joining some exclusive company; Howard chasing Kiner; also Utley, Pierre, Halladay, and Hamels


Traded Phillies: how are they doing?

On a milestones note, Thome moved into a tie for 24th place all-time in RBIs after joining the Orioles, and the player he tied was Baltimore legend Cal Ripken Jr. 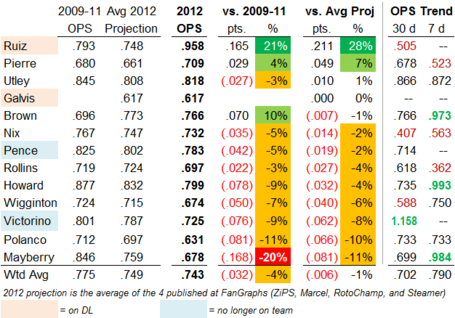 Phillies Team Stats vs. 2011 and vs. the Nationals 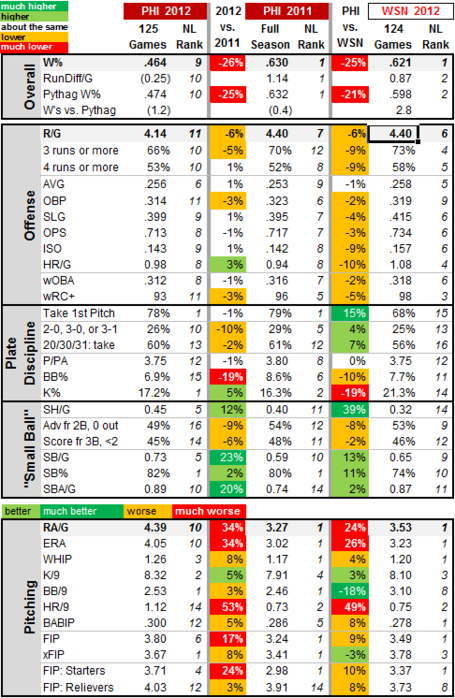 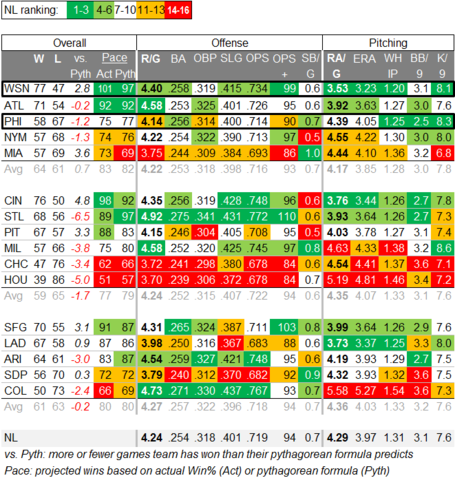 Chase Utley
- Utley's Sacrifice Fly on Monday tied him with Pat Burrell for 9th on the Phillies list, with 42.
- His next one (3rd this year) will join the logjam at 5th place: Bob Boone, Von Hayes, Mike Lieberthal, and Rollins.
- He needs 4 home runs to reach 200 for his career.
- 5 more doubles (13 total) will tie Granny Hamner for 10th in Phillies history at 271.

Roy Halladay
- Doc's next loss (his 8th of the year) will be the 100th of his career. He currently has the 7th highest winning percentage in history, at .663.