Items after the jump:
- Phils batters vs. projections
- Phillies stats vs. 2011, and vs. the Braves
- NL Standings and team stats
- Milestones: Rollins chasing Bowa; also Utley, Howard, and Papelbon

The Phillies have won 5 of the 7 series (and 12 of the 21 games) since the All-Star break. Runs allowed have improved to 7th since the break, and team ERA is 4th best in the NL (3.34).
Too little too late? Almost certainly. They would have to play .667 ball through the end of the season just to be in contention for the wild card (i.e. 85 wins, which will likely leave them 2-4 wins short). 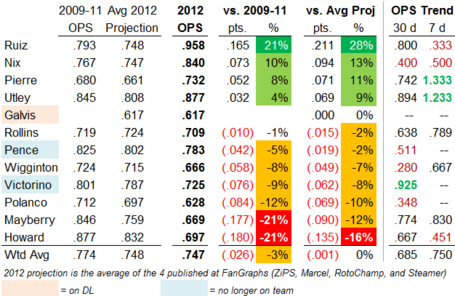 Phillies Team Stats vs. 2011 and vs. the Braves 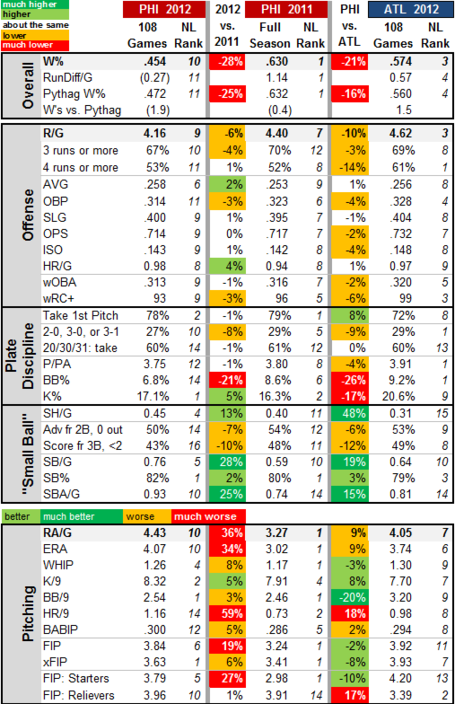 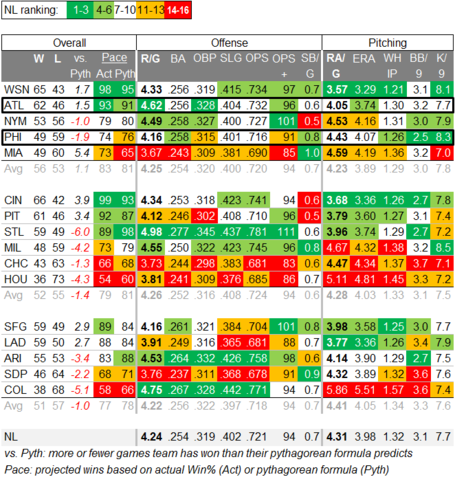 Jonathan Papelbon
- His next save (25th this year) will tie Dan Quisenberry for 32nd all-time, at 244.