Phillies Stat Notes: How bad is Michael Martinez; Party like it's 1,999

An update of the two scenarios proposed a week ago...

St. Louis and LA would both have to struggle down the stretch. 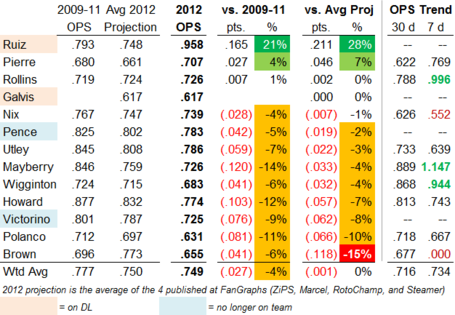 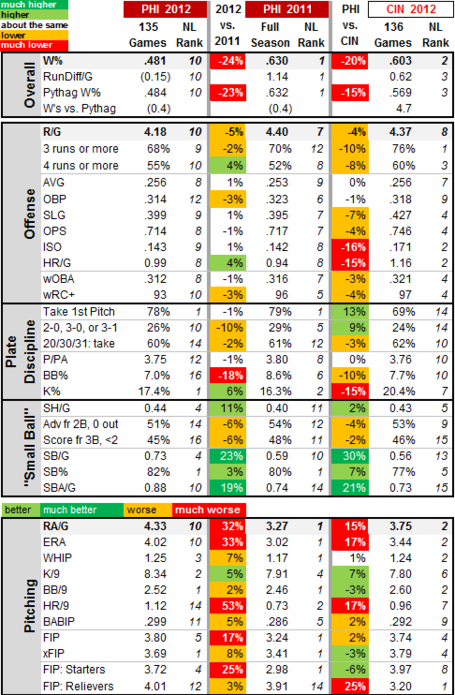 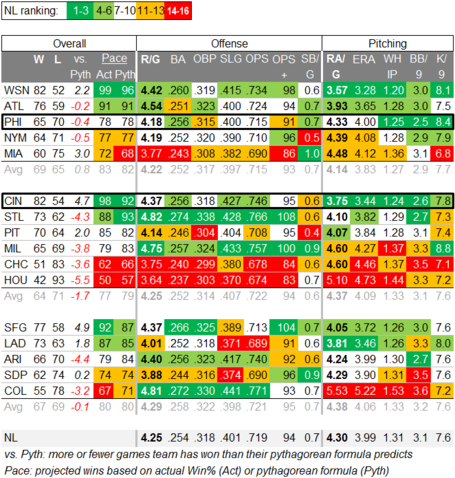 Chase Utley
- Utley's double on Saturday was the 500th extra base hit of his career, making him the 12th Phillie in history to hit 500 with the team.
- 2 more extra base hits (23 total) will tie him with Cy Williams for 11th on the Phillies all-time list at 503 (Howard passed Williams earlier this month and stands at 510). Pat Burrell is next at 518.
- He needs 3 home runs to reach 200 for his career.
- 3 more doubles (13 total) will tie Granny Hamner for 10th in Phillies history at 271.
- His next Sacrifice Fly (3rd this year) will join Bob Boone, Von Hayes, and Mike Lieberthal for 6th on the Phillies list at 43 (Rollins just moved ahead of that group and is in 5th with 44).
- 3 more HBPs will make him the 22nd player in history to reach 150.

Cole Hamels
- Hamels' next start (27th this year) will tie Jim Bunning for 8th most in Phillies history, with 208.