Hello? Is It A Pitching Coach You're Looking For?

Ruben's quest for a new pitching coach continues, after being spurned by more than a couple suitors. Cue the Lionel Ritchie music.

Share All sharing options for: Hello? Is It A Pitching Coach You're Looking For?

Friday marks Day 46 of "The Great Ruben Amaro Pitching Coach Quest," as the Phillies general manager continues his endeavor to find a competent human being to teach their pitchers how to pitch.

Because, you know, Cliff Lee and Cole Hamels don't know what the heck they're doing.

Yes, the Phillies are still without a pitching coach, and no one seems to like my idea of pulling a Juan Castillo and making one of the two hitting coaches into the pitching coach because, you know, a hitting coach knows so much about hitters that he would help make the pitchers better because of all the knowledge he has about hitters and hitting and oh my gosh I can't even believe how stupid Andy Reid was to have his offensive line coach take over the defense and why am I still talking about this we need to move on now.

Frankly, as this search continues, it's clear who Ruben should turn to for help in his pitching coach quest. 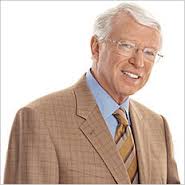 EHarmony knows how to get people together, yo.

Amaro has just not been able to seal the deal. Apparently, the shadow of Rich Dubee hangs low and long over this franchise, with potential replacements wary of trying to live in his substantial shadow.

Ruben Amaro on pitching coach search: "We've made a couple of offers and they've decided to go different places." The search continues

Amaro has been spurned by Atlanta pitching coach Roger McDowell, who used the Phils' interest to get more money from the Braves. He didn't get Bryan Price, who instead decided to become the Reds' new manager. Pirates special assistant Jim Benedict interviewed but removed his name from consideration. And Greg Maddux decided not to leave his job in the Rangers' front office.

The Phillies have also interviewed two in-house potentials in Rod Nichols and Ray Burriss, but if either of them were a real fit for the job, they'd have been hired already.

So, what is going on here? Why doesn't anyone seem to want this job? I mean, I know Philadelphia isn't the haven of excitement and opportunity it was in its heyday from 2009-2011, but it's not like we're talking about freaking Seattle or something here, right?

@Phillies I would be very interested in being your pitching coach. #championshipball

Even though Mazzone has been out of baseball for six years and is applying for the job pretty much the same way a Division III college coach would, we're getting to the point where Ruben might need to get the new analytics guy to teach him how to DM someone on Twitter.

There's always former Phils' hurler Jamie Moyer who, for reasons passing understanding, continues to surface by Phils fans probably because they simply can't think of anyone else at this point. It would have been a real coup if Amaro could have lured former Cardinals' pitching coach Dave Duncan out of retirement, but he just took a stay-at-home consulting job with the Diamondbacks.

So seriously, what is the deal here? Why are candidates fleeing from this job like roaches scurrying from a just-lit room? It can't ALL be the presence of Kyle Kendrick, can it?

I mean, the Phils have two top-shelf starters in Lee and Hamels. They have an intriguing young prospect in Miguel Alfredo Gonzalez. Yes, they have Kyle Kendrick, and that is enough to give any pitching coach nightmares.

(*QUICK EDITORIAL NOTE* Kendrick isn't the worst pitcher ever and is probably a better value than someone like Bronson Arroyo, Ervin Santana or Ricky Nolasco, but it's more fun to continue to claim Kyle Kendrick's pitching is a brutal heap of seagull dung, so, we're going to just go with it).

But they also have some intriguing bullpen arms, even if most of them can't find the plate with Google maps and a flashlight.

So what's going on here? Why is Amaro getting spurned at every turn?

Well, this recently-acquired audio of a message Ruben left on Roger McDowell's answering machine recently may give us a clue...