First he was leaving. Then he came back. Now, he's leaving again. It hurts to be someone's back-up girl.

Most baseball teams only have one hitting coach anyway.

CSNPhilly's Jim Salisbury noted that Joyner had previously told the team, just after the end of the season, that he would not be returning to the Phillies in the hopes of pursuing a head hitting coach's job somewhere else. It was thought he was a candidate to take over as the Los Angeles Angels' hitting coach until they hired Don Baylor.

Spurned, Joyner came running back into the open arms of the Phillies to lick his wounds and contemplate yet another season in this barren hitting wasteland.

You know, it really hurts to be someone's back-up girl.

But alas! A new opportunity arrived! The dark clouds dissipated and suddenly, Joyner was freed from his prison, rushing to Detroit to be the hitting coach for Tigers. It's probably the fastest anyone has ever run TO Detroit. 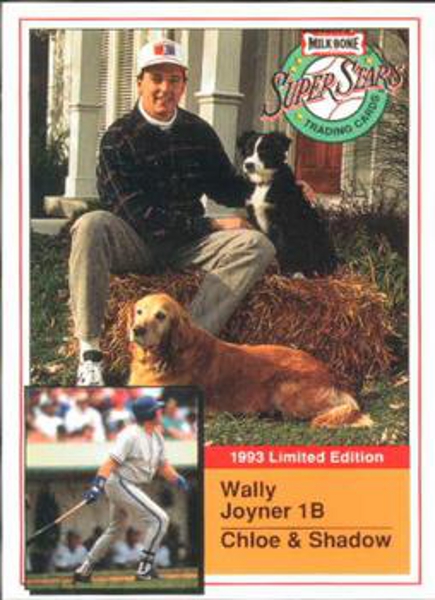 Joyner was given a lot of credit for helping to fix Domonic Brown's swing, and will now have the opportunity to work with Miguel Cabrera and Prince Fielder on a daily basis, which is probably an upgrade over trying to coach some of the Phillies struggling veterans, some of whom never really listened to anything their hitting coaches had to say anyway.

Last year was the first year the Phils used two hitting coaches, and the results were obviously phenomenal (13th in runs scored and 12th in OPS in the NL). Ruben Amaro called Joyner "overqualified" to work under head hitting coach Steve Henderson and said the team will hire someone to replace Joyner.

Are we sure we can't add a third hitting coach?

One name that has been mentioned is former second baseman and manager of the team's Lakewood club, Mickey Morandini. He interviewed for the job the first time Joyner left, and could be hired to take his place as Henderson's assistant. His name also allows us to put this up, which is always fun.

Oh, and the team still has not found someone who wants to be their pitching coach either.

Hey guys, don't everyone come line up to work for this team all at once now. Maintain some order, please.