"Just Throw It In The Bag" - The Mike Leake Story

Share All sharing options for: Phillies at Reds Series Preview

All things considered, the Phillies weekend series with the Marlins went well. Taking their second straight series win over the lowly fish, The Phillies are riding as high as they can at the .500 mark. There was a lot of good to take away from the Marlins series that will hopefully ride into this series with the Reds at Great American Smallpark. Chase Utley's legs continue to look like they have semblence of cartilidge in them, Ben Revere's defense continues to shine, and most importantly Roy Halladay looked like the old Doc, picking up his 200th career victory as he pitched robust 8 innings of 1-run baseball. Heading into tonight's game in Cincy, the pitching matchups look to play into the Phils favor:

The first thing noticed is the high ERAs of Arroyo, Bailey and Leake. The second noticeable thing is that all three pitchers are right-handed. The Reds are currently carrying only two lefties on their 25-man roster. The obvious lefty is closer Aroldis Chapman. Thankfully, Dusty Baker operates much like Charlie Manuel, and will only use him in closing situations, so unless the Reds are up or the Phils and Reds play yet ANOTHER 19 inning game, there's a chance we may not even see Chapman. The other lefty is Manny Parra, who the Phillies don't particularly hit very well, but isn't much of a lefty killer in the least. The Phillies will miss Johnny Cueto, who is set to go on the DL, and Utley/Howard killer Sean Marshall is currently on the DL with shoulder trouble.

Righty bat Ryan Ludwick is also on the DL, but that's not to say the Reds lineup isn't scary without him. Newly aquired Shin Soo Choo is thriving so far in Cincinnati...at the plate at least, posting a .354/.483/.604 slashline after 12 games. Brandon Phillips and local product Todd Fraizer are also providing solid pop and will be threats. And naturally, you should always expect Jay Bruce to murder the Phils bullpen with some clutch hitting, as per usual.

The most obvious hitter to fear in the Reds lineup is former MVP Joey Votto, who is off to yet another great start, despite the way his line looks. I actually want to talk about that for a bit. Joey Votto has only 11 hits, with three of them coming on extra base hits. Votto despite that all, has a .990 OPS. How is that? Well, after only 12 games... 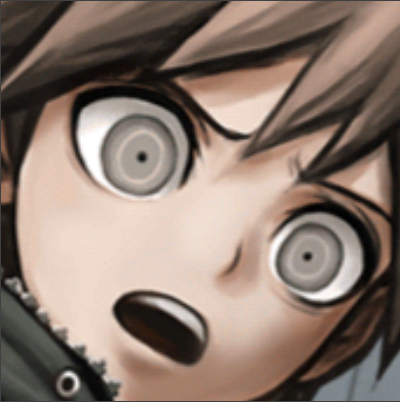 20 WALKS. Joey Votto leads the majors in walks over second place Albert Pujols (11) by just about HALF. His current slash line sits at .289/.542/.447, which is beyond insanity. Which leads into keys of winning this series...

- KEEP JOEY VOTTO OFF THE BASES. What more needs to be said? Bad things happen when he gets on. This is the guy who went a whole season without POPPING UP IN THE INFIELD

-Cliff Lee needs to keep being Cliff Lee. After all of the jokes and memes about Cliff Lee having 0 wins through July, he has 2 now. Nothing's changed, he just needs more run support behind him.

-John Lannan needs to keep being...John Lannan? Through two starts, John Lannan has been the surprise of the Phillies. If The Phils can continue to get solid production from the #5 starter, they will have less questions going forward.

- The OFFENSE! After only putting up six runs over a three-game set with the Marlins, the Phillies need to put up some runs a in ballpark that at times, plays smaller than CBP. It bears repeating that the Reds are carrying only two lefty pitchers, and both are in the pen. The Phillies not only hit the Reds righties, but they historically hit them HARD. Score early, but don't get complacent. If Chase can continue his torried start and Ryan Howard can pick up from yesterday's solid performance (3-4, 2B), the Phillies could be in second place in the NL East by Thursday.