The Phillies fly out to San Fran to take on the hosting Giants and god I hate the stupid Giants. T

Share All sharing options for: Phillies at Giants Series Preview: 5/6-5/8

The Phillies/Marlins series started out so well. Kyle Kendrick continued to shut down lineups, and Jonathan Pettibone did his thing. From there, it went down hill. Cole Hamels pitched a great game, only for rookie Jose Fernandez to pitch an even better game. Fernandez is particular will probably haunt the Phillies for years to come (3 years max though, when he's traded to another team before he hits arbitration). Then...yesterday. Let's not get into yesterday. Ok, let's touch a bit on it. Halladay was hit hard by a Stanton-less Marlins lineup and apparently didn't tell people he was hurt. That was dumb. NNNNNNNEXT!

So heading to San Francisco......god I hate this team. I hate Buster Posey. I hate Kung Fu Rapist, Pablo Sandoval. I hate Tim Lincecum. I hate that idiot Hunter Pence. I their fans, and even though he doesn't have a team...I hate Brian Wilson. People always ask me why I hate the San Francisco Giants so much. "Is it residual hate from the 2010 NLCS?" Nope...because I don't feel ill will towards the Cardinals for the 2011 NLDS, a series we should have won. I don't even hate the Yankees for 2009. My hatred for the Giants could probably be summed up in this video:

I mean...just look at the thumbnail alone. The douche chills and second-hand embarrassment is just overpowering. I can't even......I'm getting far too ahead of myself at this point.

Let's talk about the good things that San Francisco has to offer.....ummm.....UHHHHH...

Well the weather and scenery are nice! Rice A Roni.......and I suppose the San Francisco 49ers aren't too bad. Full House was a fun show. To be completely honest, AT&T Park is one of the best ballparks in all of baeball, and maybe venues in all of sports. But my favorite thing about San Francisco has to be The Room. Or at least...it's SET in San Francisco. 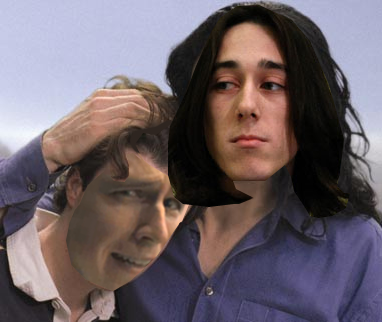 What to expect series-wise? Uh...stuff. I'm expecting Delmon Young playing right field in AT&T Park to be one of the most amazing things to watch all year. Cliff Lee vs. Madison Bumgarner should a great duel. Last time Cliff was in San Fran, he threw 10 scoreless innings. TEN. In terms of struggling, Tim Lincecum has had Roy Halladay-like issues with command and the ability to repeat delivery, and with Kendrick on the mound...you never know. It'll also be the first time the Phillies see Hunter Pence since the last season's deadline move. Hunter himself is coming off a 4 RBI game, which probably means he'll go 10-12 with 15 RBIs and 3 homers against us this series.

We shall see. Eff the Giants.