Comparing Phillies stats with last year, and with the Diamondbacks. Also, tonight Charlie Manuel ties Gene Mauch for most games managed for the Phillies.

Share All sharing options for: Phillies Stat Notes: May 9, 2013 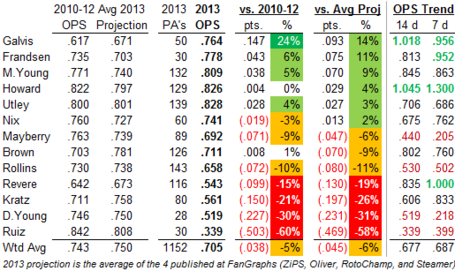 Out of 180 qualifiers in the majors at this point, here is where Revere ranks in some plate discipline stats:

Arizona is far ahead of the Phils in most offensive categories, but their park adjusted wRC+ is only slightly ahead, ranking 11th vs. the Phils' 13th. 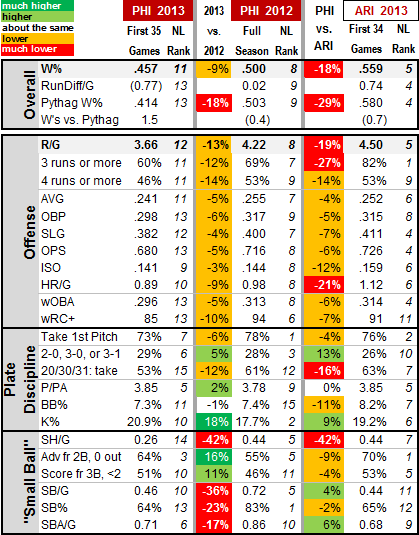 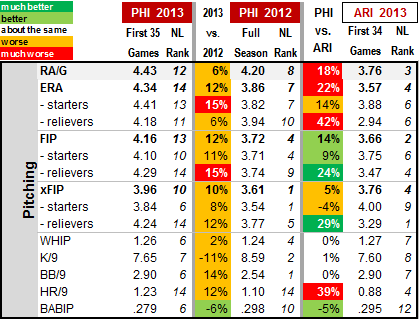 Colorado is having a great year offensively so far, and they've been almost successful on the road as they have at very hitter friendly Coors Field. They lead the NL in OPS at home (.820), but they also lead in OPS on the road (.800), and by a wide margin.

In the table below, OPS+ has been replaced by wRC+: 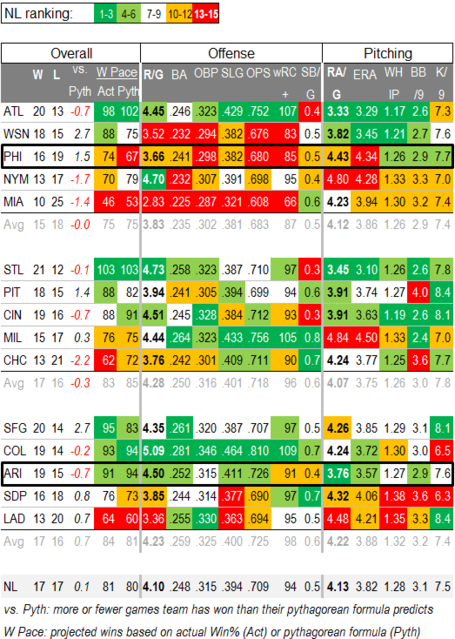 Jimmy Rollins
- His next home run (2nd this year), will be the 195th of his career, tying him withBobby Abreu for 10th on the Phillies' all-time list.
- He needs 4 more walks (13 total) to tie Ed Delahanty for 7th most in Phils' history with 643.

Ryan Howard
- Howard's two walks on Tuesday moved him past Greg Luzinski for 11th in Phils' history, with 573.
- He needs 2 more extra base hits (17 total) to tie Johnny Callison for 8th on the Phillies career list with 534.

Charlie Manuel
- Tonight's game is the 1,332nd that Manuel will manage for the Phillies, which will tie him with Gene Mauch for the most in team history.