The AL leads the series so far this year, 68 to 64. The narrow difference continues a trend (notably interrupted in 2012) of the NL closing the gap between the two leagues: 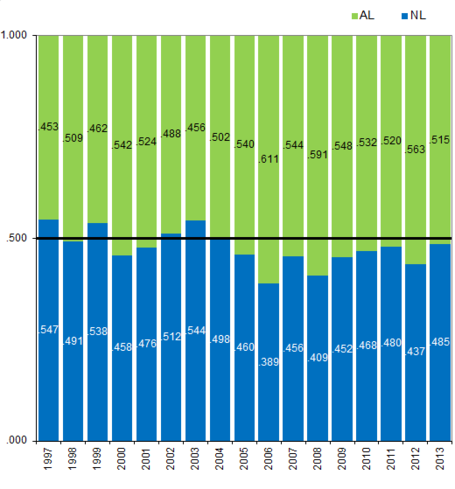 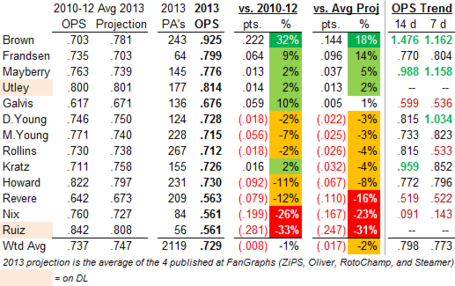 The Twins aren't shown, but their offense is similar to that of the Phillies overall, ranking 10th in the AL in scoring, and 11th in wRC+.

They rank 13th in batting average, isolated power, and Slugging. Their OBP however is a more respectable 9th, at .317, just under the AL average of .321. 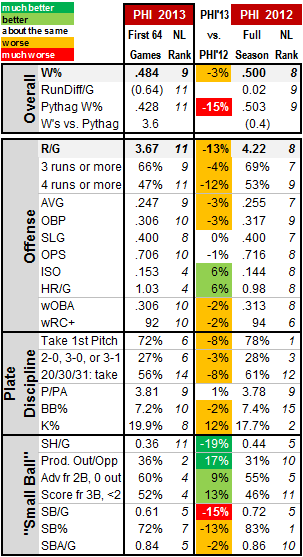 The Twins' run prevention, like their offense, is below average, ranking 11th in both runs allowed and ERA, and 10th in FIP (13th in xFIP). The blame falls almost entirely on their starting rotation, which ranks last in ERA (5.32), and 12th in FIP (4.75).

Their bullpen, meanwhile, has the lowest ERA and 2nd lowest FIP in the AL.

The Phils are now last in the NL in UZR, and are also near the bottom in Total Zone and Defensive Runs Saved. No surprises there, unfortunately. 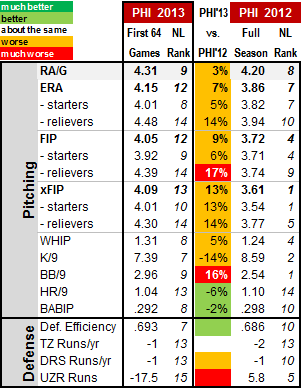 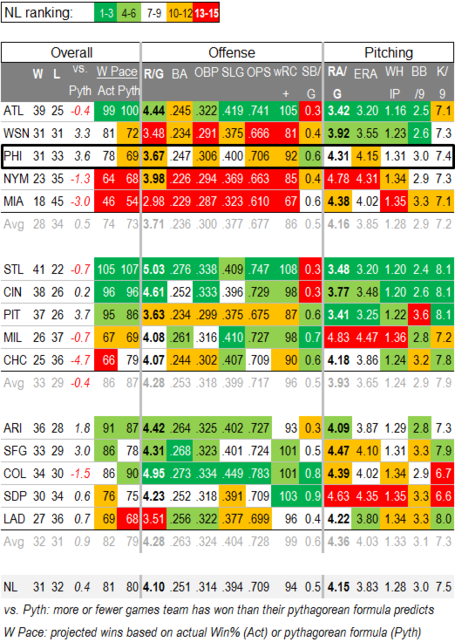 Jimmy Rollins
- Rollins' RBI on Friday tied Bobby Abreu for 9th most in Phils history, with 814.
- Two more stolen bases (8 total) will tie him with Ed Delahanty for 2nd on the Phillies all-time list, at 411. The 19th century's Billy Hamilton, who holds the Phillies record with 508, will survive the Rollins era as the team's all-time leader.
- He also needs 3 more home runs to reach 200 for his career, becoming the 10th Phillie to do so. That will make Rollins just the 9th player (and only shortstop) in MLB history to have 2,000 hits, 400 stolen bases, and 200 home runs.