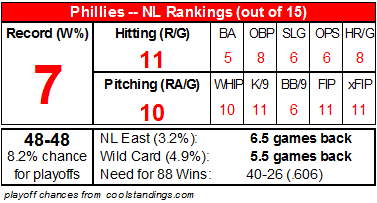 The Phils' offensive rankings have improved considerably thanks to their hitting in the 2+ months since May 6th, when they've been...

They will need to do a little better than last year's impressive second-half run to get to 88 wins, which should at least put them in contention for the division and/or the wild card.

This is now sorted by OPS instead of over/under vs. the projection: 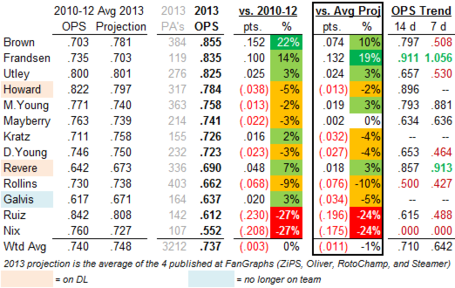 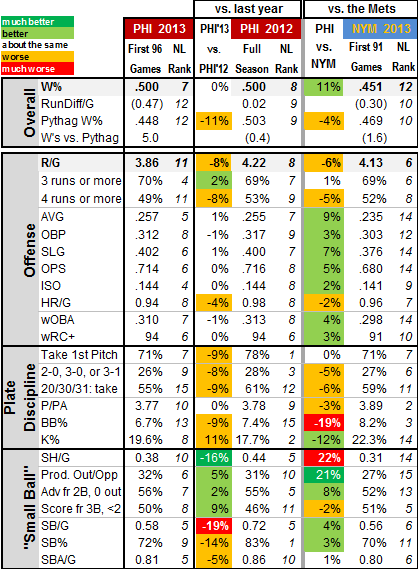 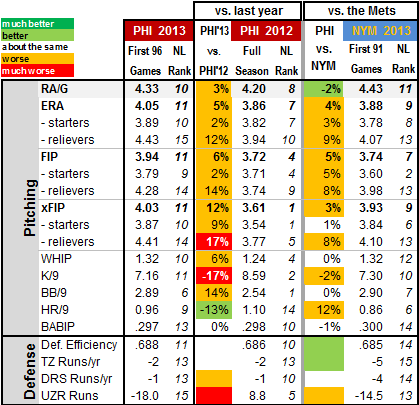 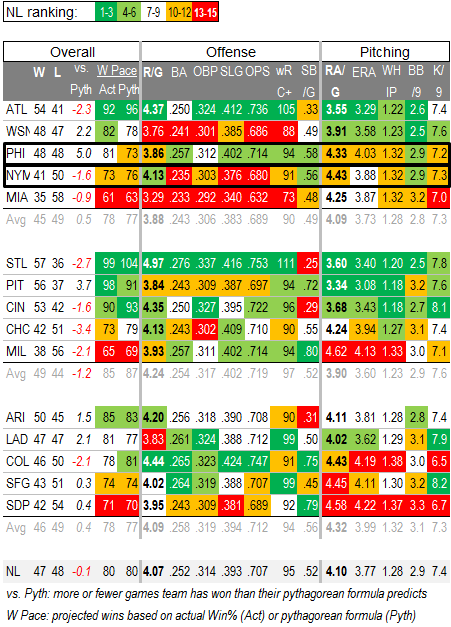 Rollins now has just 2 extra base hits (doubles) in 166 PAs since June 3rd.