Chase Utley is still among the best second basemen in the game, both at the plate and in the field. 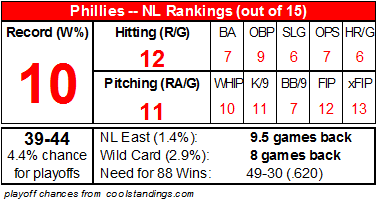 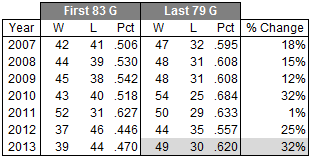 - Phillies Hitters vs. Projections
- Phillies Team Stats vs. 2012 and vs. the Pirates
- NL Standings and team stats
- Upcoming Milestones

Still The Man: Now that we are in what could conceivably be Chase Utley's last month in a Phillies uniform, there will likely be much written about his years as arguably one of the two (or fewer) best players in baseball in 2005-09, and his injury-plagued but still very productive 2010-12.

But there's plenty of time for that. For now, let's just consider how he's doing so far this year, compared to other MLB second basemen: 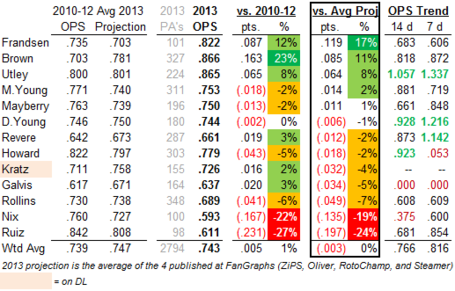 Also: Revere is now up to essentially what was expected of him this year (offensively).

Phillies Team Stats vs. 2012 and vs. the Pirates 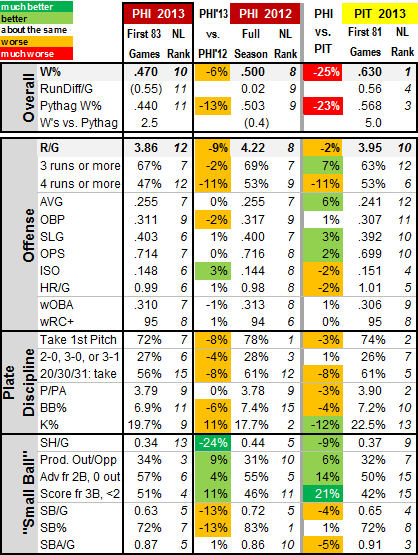 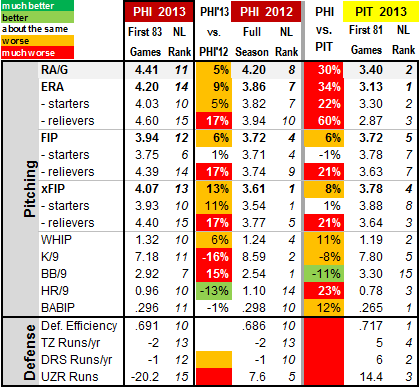 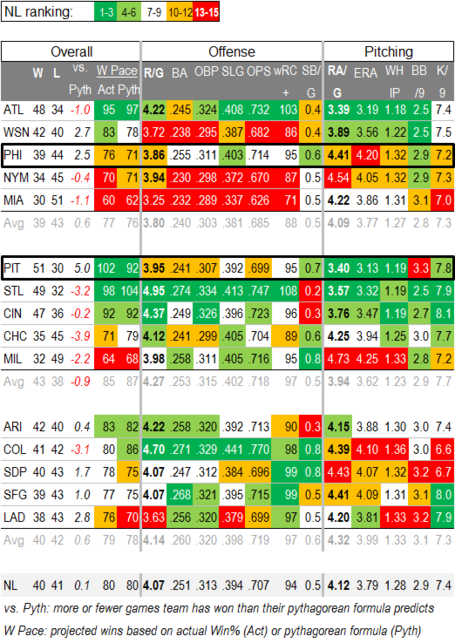 Jimmy Rollins
- Rollins' next steal (9th) will pass Ed Delahanty for 2nd most in Phillies history.
- His next caught stealing (6th) will tie him with Tony Taylor for 3rd in Phils history at 89. Caught stealing have been tracked since 1951.
- Rollins is sitting at 999 career strikeouts, and his next one will make him the 7th Phillie in history to strike out 1,000 times. He's also 7th in Phils history in walks.
- He needs 4 more doubles (21 total) to tie Delahanty as the Phillies' all-time leader, with 442.
- Six more RBIs (34 this year) will tie Pat Burrell for 8th most in Phils history at 827.
- He also needs 3 more home runs to reach 200 for his career, becoming the 10th Phillie to do so. That will make Rollins just the 9th player (and only shortstop) in MLB history to have 2,000 hits, 400 stolen bases, and 200 home runs.