The math by which the Phillies could reach the postseason was made a bit more unlikely by the events of this past weekend. 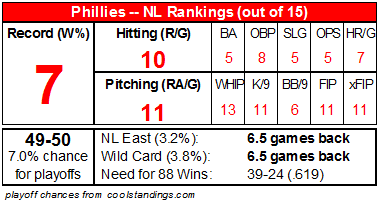 The Phils are still 6.5 behind Atlanta in the NL East and only a half-game ahead of Washington (and tied with the Nats in the loss column).

We've been using 88 wins as a target for the Phillies to be in contention for the postseason, if for no other reason than that anything more than that would require an even more improbable run over the final 60+ games of the season. 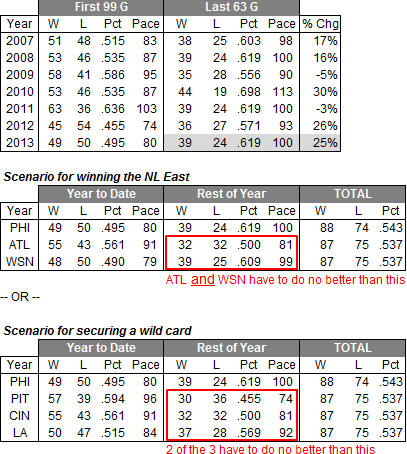 And for those 88 wins to be enough to win the NL East, Atlanta would essentially have to continue playing as well (and with the same amount of luck), as they have for the last 3 months. The Braves are 42-41 since April 19th.

On the other hand the Phillies could sneak in with one of the wild cards, if two of three other teams in contention play at the level shown above, or worse.

The Phils have 13 games left against Atlanta and 9 against Washington, but even so they will be relying on other teams to help them down the stretch.

This now includes a comparison of each player's OPS to the NL average OPS at that position (from baseball-reference.com). 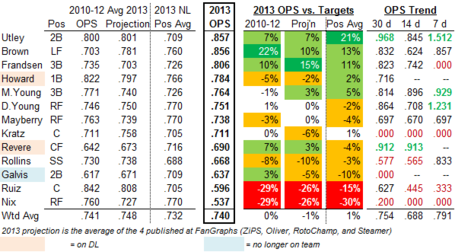 St. Louis has been the best hitting team in the NL so far: 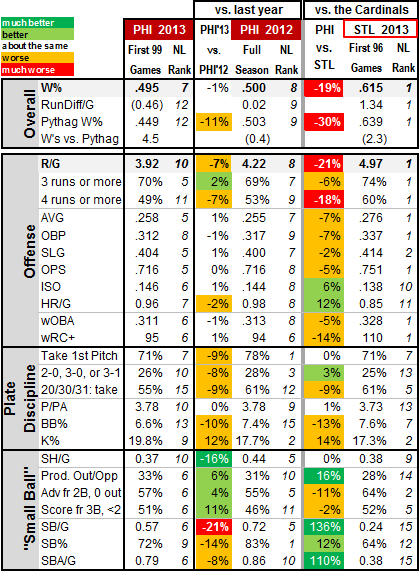 ...and the best pitching team as well, based on FIP and xFIP (as well as FIP- and xFIP-): 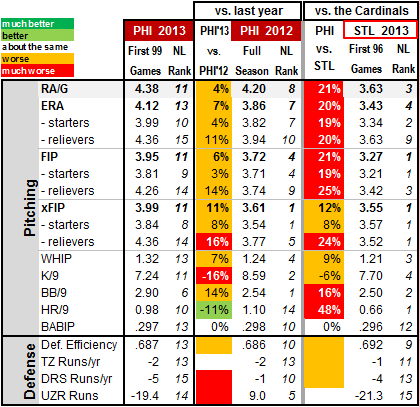 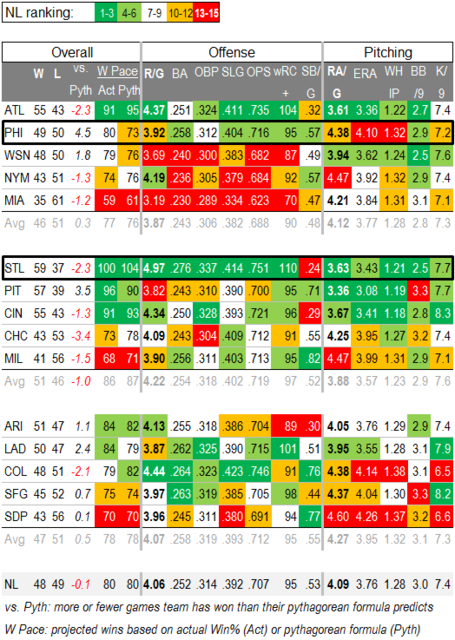