Losing five games in a row means that the Phillies' paths to the postseason are getting increasingly narrow and very very unlikely. Jimmy Rollins' next double will put him in a tie as the Phillies' all-time leader. 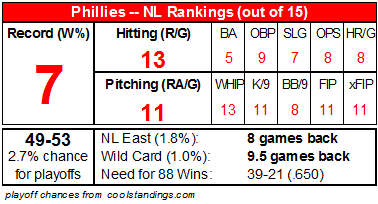 The sweep in St. Louis means that the Phillies' path to the postseason boils down to this (or something very much like it):

2) either :
a) Atlanta continues playing .500 ball (for the Division) OR
b) either Pittsburgh or Cincinnati tanks (for the Wildcard) 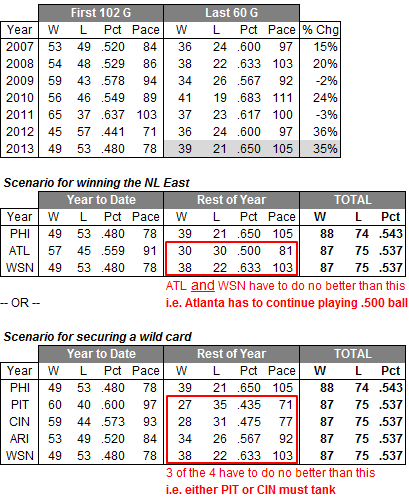 The Wildcard is looking even less likely, as either Pittsburgh or Cincinnati would need to fall off a cliff.

This now includes a comparison of each player's OPS to the NL average OPS at that position (from baseball-reference.com). 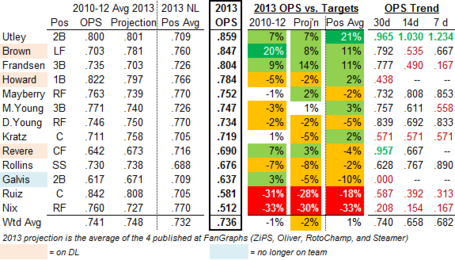 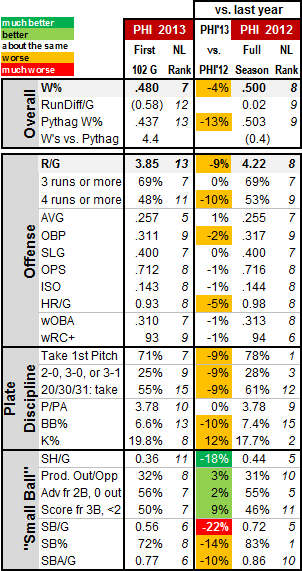 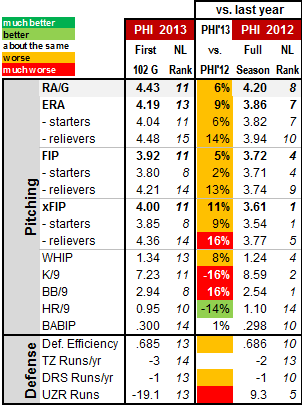 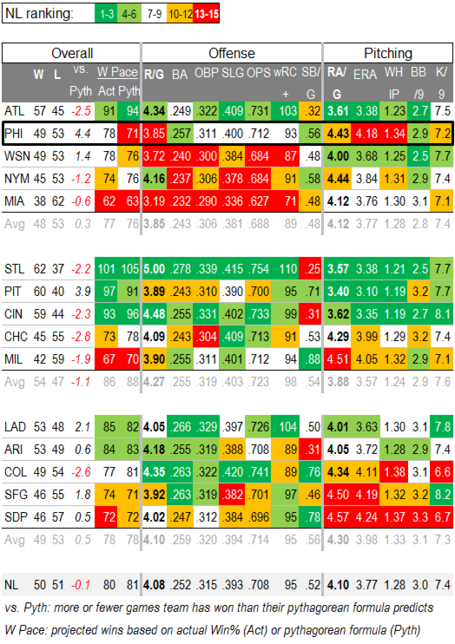 Charlie Manuel- Manuel has 996 career wins, and 4 more will make him the 59th manager in MLB history to win 1,000 games. Out of those 59 managers, his .552 winning percentage will be the 16th highest.