Playoff possibilities are mostly academic at this point, due in large part to a team ERA that has gone from first (and historically great) to worst in the space of two years; Rollins is one double away from the Phillies' all-time lead, and Manuel is four wins from 1,000 for his career (59th manager in MLB history). 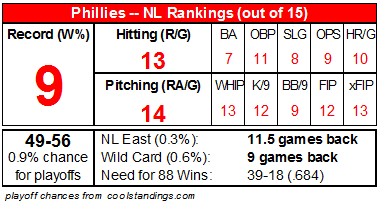 While they lost three games in what remained of the NL East race since traveling to Detroit, they actually gained half a game on Cincinnati for the Wild card. The Reds also got swept over the weekend (by LA), and then lost again yesterday.

The 1-8 road trip already has the Phillies looking to next year and beyond, but just for kicks (or masochism) below is what would have to happen for the Phils to sneak in to the postseason: 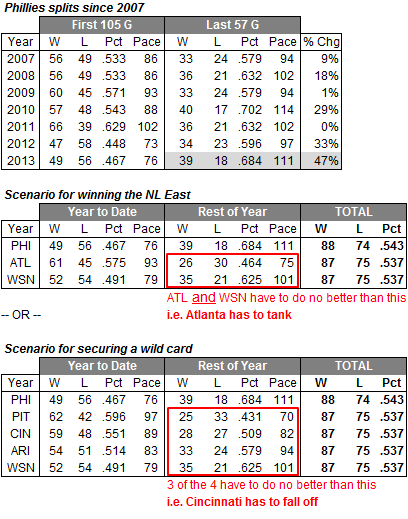 If they got more help from the Reds, one slightly less impossible scenario for the Phillies to get the second wild card: 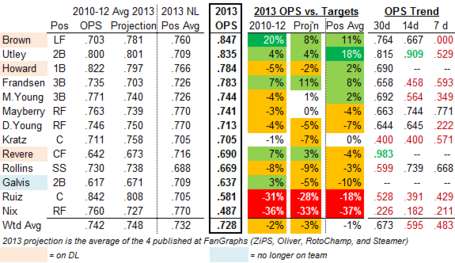 A few things jump out of the spaghetti tangle below:

- Phils runs per game: steady rise through June and July, and then the dip after the ASB
- the battle between Brown and Utley for the team lead
- Howard's rise and subsequent dip (0-24) in June-July
- Revere's rise from the depths, before going on the DL
- Delmon's fall back to the land of "defensive liability trumps any little offense"
- Chooch's lost season 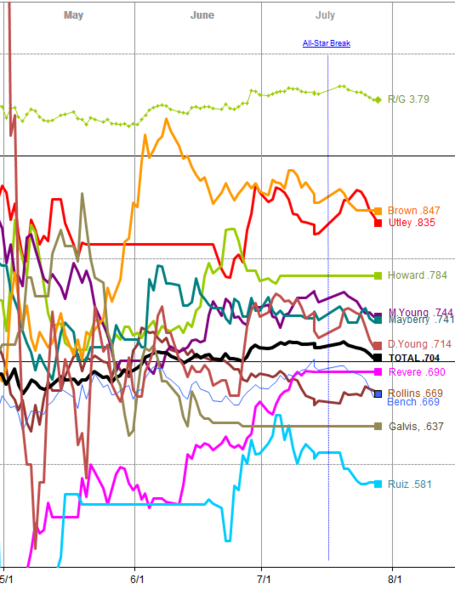 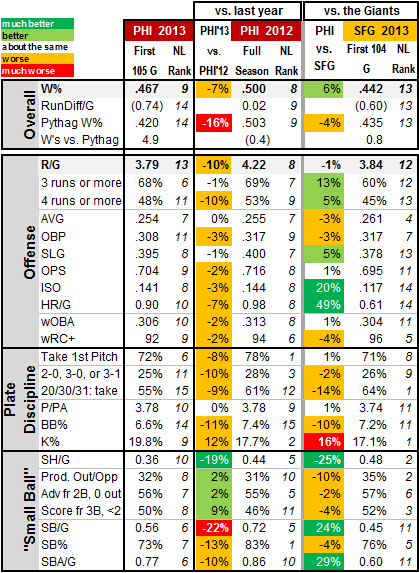 In two short years, the Phillies' team ERA has gone from first (and historically great), to worst in the NL: 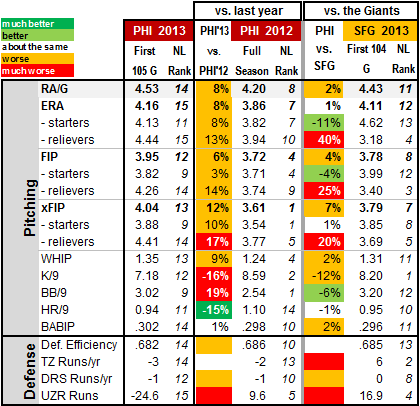 The Phillies have certainly been disappointing this year, but does it really compare to the fall of the reigning World Series Champions? The Giants have gone from winning the 2012 World Series to last place in the NL West.

There seems to be plenty of blame to go around: 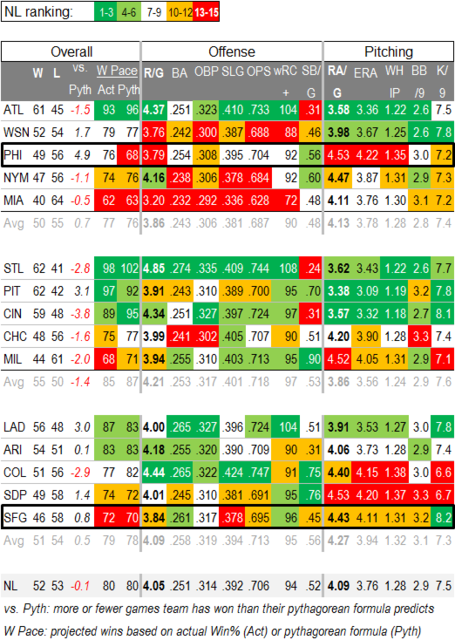 Charlie Manuel- Manuel has 996 career wins, and 4 more will make him the 59th manager in MLB history to win 1,000 games. Out of those 59 managers, his .550 winning percentage will be the 16th highest.