Will Manuel finally get his 1,000th win tonight? 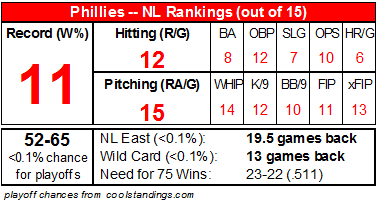 - Race to the Bottom- Phillies Hitters- Phillies Team Stats vs. 2012 and vs. the Giants- NL Standings and team stats- Upcoming Milestones

When a team signs a free agent whose former team offered them a Qualifying Offer, it gives up its first available draft pick.  For a team with one of the ten worst records in the prior year, the first round pick is protected, and so they would lose their second round pick.  Below is where the Phillies currently rank among the worst records in MLB, and the columns at the right show what their record would have to be in the remaining 45 games in order to have a worse record than each of the other teams (if each of the other teams continues at their year-t0-date pace). 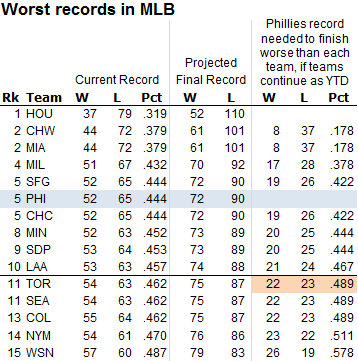 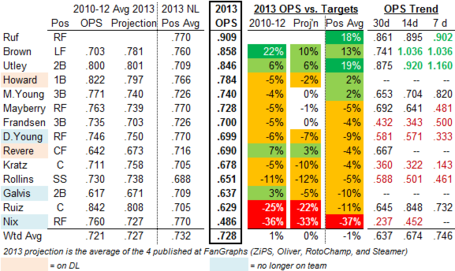 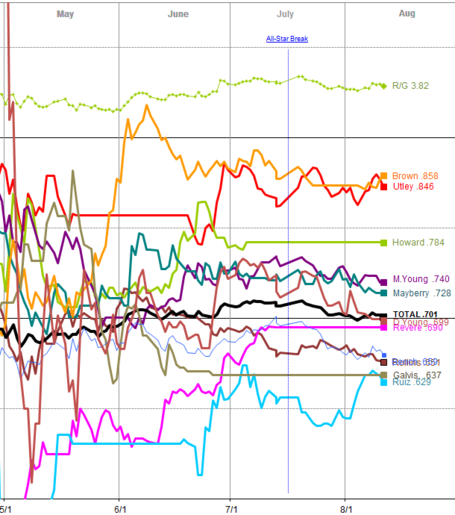 The Braves are pretty good: 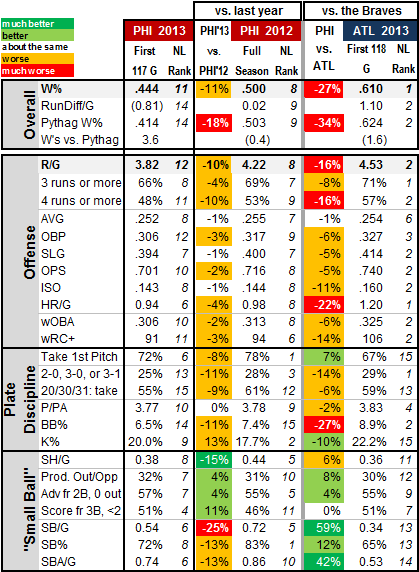 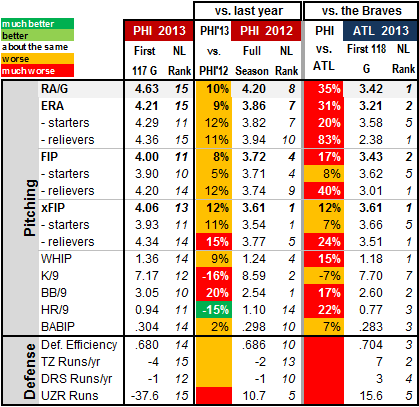 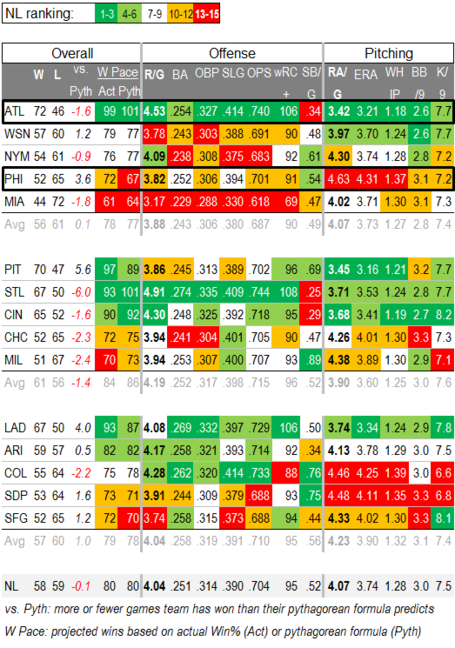 Jimmy Rollins- Rollins' next double (22nd) will break the tie with Ed Delahanty and make Rollins the Phillies' all-time leader, with 443.- His next RBIs (34th this year) will tie Pat Burrell for 8th most in Phils history at 827.- 3 more extra base hits (31 total) will make him only the 8th shortstop in baseball history to reach 750 in his career.- He also needs 2 more home runs to reach 200, becoming the 10th Phillie to do so. That will make Rollins just the 9th player (and only shortstop) in MLB history to have 2,000 hits, 400 stolen bases, and 200 home runs.

Cole Hamels- Hamels' next win (5th) will tie Jack Taylor (1892-97) for 9th on the Phils' all-time list.- In his last start against the Cubs, Hamels passed Jim Bunning for 10th most innings pitched in Phils' history.

Charlie Manuel
- Manuel has 999 career wins, and still looking to become the 59th manager in MLB history to win 1,000 games. Out of those 59 managers, his .548 winning percentage will be the 16th highest.