The internet did not disappoint. The long-heralded but seldom seen photo of Glenn Wilson as Glennbo has been found!

Share All sharing options for: Glenn Wilson as Glennbo - FOUND!

Back in May, I was desperate. I wrote about Delmon Young's great arm (his only asset as a Phillie?) and compared him to the former Phillies right fielder Glenn Wilson.

That got me thinking and remembering when Wilson was the poster boy for the Phillies. Literally. In the mid-1980s, the Phillies ran an awesome marketing campaign featuring Glenn Wilson as Rambo. His name was Glennbo; his arm was his weapon; baserunners were his target.

The internet has a lot of wonderful things, but to the best of my, my co-bloggers', and our readers' abilities, we were not able to locate the photo of Glennbo. I contacted the Phillies and heard back from them that they also were not able to find the photo. We all had a good time reminiscing about Glenn Wilson, but that was that.

Until . . . late last month, I was contacted out of the blue by Darrell Halk. He co-wrote Glenn Wilson's book (available for purchase here). Darrell wrote that he saw my article on this site and would dig around to see if he could find the photo. I thanked him profusely and didn't hear back from him.

Until . . . this weekend. For the past several weeks, Darrell was on the hunt and was successful. He emailed me Saturday night saying he had found the photo and would love it if we could share it with our readers (and plug the book - sure!).

So, for you lucky TGP readers, courtesy of the ever-so-kind Darrell Halk and probably with some help from the man himself, we give you, Glennbo: 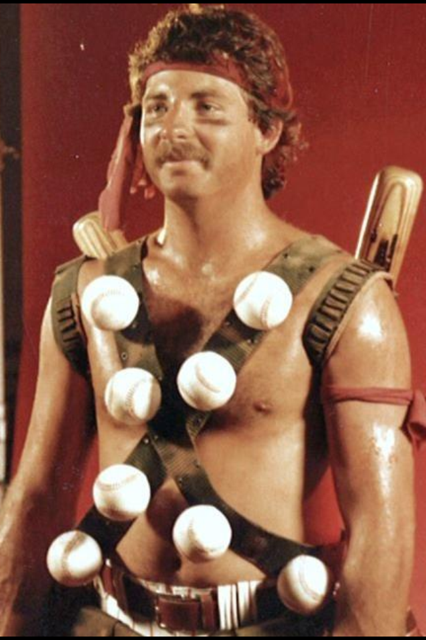 If there were ever a greater moment on the internet, I'm not sure I can recall. Thank you Darrell Halk, thank you Glenn Wilson, and thank you internet.

And buy the book.