The Ballad of Jimmy "Cheese" Steakerson: Part I

We join a young man from Philadelphia, as his unlikely journey to Phillies stardom begins...

Share All sharing options for: The Ballad of Jimmy "Cheese" Steakerson: Part I

We have a long tale ahead of us. As the winter grows long and the Giants probably win the World Series, let us take a look inward, to the streets of our kind of horrible city.

Philadelphia is home to many dreams, some not entirely crushed. A few of them belong to Jimmy "Cheese" Steakerson, a young man with a hot bat and heart full of steak juice. Over the course of the next few weeks, Eric Chesteron, Trev223, and Justin Klugh will relate this story to you, with the help of MLB: The Show 14.

Another long night in the grease pits at Frank's Steaks had left Jimmy weary and caked in steak leavings. His frazzled boss had shaken his head when Jimmy had asked to leave early for a rec league ball game.

"They need me! I'm the shortstop!"

His boss, Mr. Tompkins, limped forward dramatically. "I need you here, Jimmy. You're leaving me to face the after school crowd by myself. I can't handle these youths with their devilish trickery, ballpoint pens and phones that come from the moon. Cheese steaks are who you are.They're in your blood."

They were in his blood; mostly due to the open wounds he'd cook steaks with that went largely unchecked by the health department. On the whole, Philadelphia was generally avoided by health officials, its region blacked out and marked "GONE" on their maps. No one was more aware of this than Jimmy, who had learned that morning his landlord wasn't returning his calls because he had fled the building, announcing that the rats were now "running the show."

But his wounds were born from passion on the baseball diamond. There was nothing that could keep young Jimmy "Cheese" Steakerson from getting to that game tonight and hurling his body at the ball; not his desperate need for his unlivable minimum wage, nor the pleadings of his elderly boss to stay and give him aid.

It turned out to not be a wise decision. Jimmy's team lost 27-4, and Mr. Tompkins had died of being ridiculed by unruly teens. Jimmy angrily threw his equipment bag into the trunk of his awful car.

"Hey there friend," said a portly man with a delicate mustache and cocked brimmed hat, not unlike Jon Lovitz in A League of Their Own. 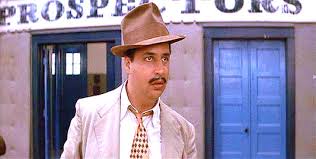 Jimmy eyed the stranger briefly, then continued shoveling the equipment into the trunk. He didn't need any more trouble from any of the faux-roids salesmen who lived under the bleachers.

Jimmy knew about the ball club, sure; but he also knew about the roving gangs of preteens on horses, terrorizing West Girard Avenue on horsenapped steeds from the carriage rides around Independence Mall. Last he'd heard, they were going by the "Philadelphia Fillies." This man seemed shifty enough to represent either. And what would a Phillies associate be doing here, at a rec league game? He should be scouting the 40+ older league, and they only had the field Tuesdays and Thursdays. It made way more sense for him to be a Philadelphia Fillie, luring innocent car-havers into their manure den.

"Sir, please, I'm just trying to go home," Jimmy explained, backing toward the driver's side door. "I don't have any money or oats."

Billy squinted at him, hands in the pockets of his cheap suit pants. "Listen, kid. I'm a busy man. I could stand here and feed you baseball terms everybody knows, like your stellar arm power, and your natural field radiance. Then I could dive into the more advanced stuff - your incredible Cleatprints per 9, or your KLOT, or your YAM. And your GVERFF - I did the calculations, kid. Your GVERFF is off the charts. Best I've ever seen."

Jimmy vomited quietly in his own mouth, but recovered. No horse-themed child gangbanger could quote a stat like "GVERFF." This man was the real deal.

"I know for a fact that my team would be interested in drafting you. Had Ruben Amaro on the phone just a moment ago. Gave me his most curious yawn."

Jimmy shook his head in disbelief. "Ruben Amaro? But he's the architect behind the 2013 Philadephia Phillies! They won, like, 73 games!"

Billy nodded. The kids was getting it. "They sure did kid, that's right. You know your baseball. And 73 is a high number. But this club wants to get it even higher."

"That's right. And you could be a part of it. I saw you out there. Ain't nobody, and I mean nobody, raising his arm and calling timeout like you at the plate. It's somehow both new and old school. You command a presence out there, like a possum in the garbage."

Billy took an intense step forward. "Enter the Draft, son. The Phillies will bring you in and you'll be a star in no time. Money. Fame. Baseball. Travel to this country's most beautiful, decadent cities, and Atlanta. We'll lock you up long term and make you part of something special. Waddya say, kid? What'll it be?"