Quick someone check on Liz.

Share All sharing options for: The Death of Cool: Mike Stutes Released

Well, in a move that should probably surprise no one but might sadden many, Mike Stutes, he whose locks flowed like wine, has been released by the Philadelphia Phillies.  While Stutes will always be remembered for his 2011, where he put together a 3.63 ERA and 13 holds on what was the last Phillies juggernaut we've seen, he's been battling shoulder and arm injuries for the past two years.  As the linked article from The Intelligencer's Patrick Berkery notes, he missed all of 2012 due to right shoulder surgery, and missed much of 2012 due to bicep tendinitis (related: I'm worried about Cole again).  It seems at this point, while he looked as if he rediscovered something in Lehigh Valley last year, Stutes is just too injured to perform.  And that sucks.

But we'll always have the good times.  And maybe Stutes will join our old friend Vance Worley in Pittsburgh to bring the old IronPigs band back together with Jason Grilli.  Hell, that would actually be kind of cool at this point.  But I think it's safe to say that Cutesy Stutsey's career with the Phillies is done.  In honor of his commitments, please accept this acrostic I just wrote. 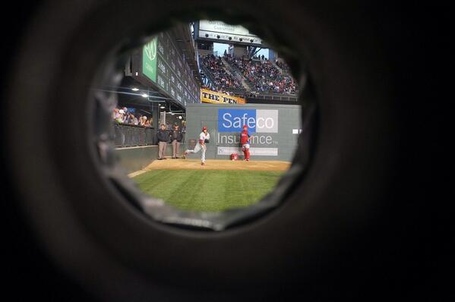