The Phillies took three of four from the Dodgers in Los Angeles, and if anyone says they wouldn't have been happy with that a month ago, they're lying.

The Phillies came back to beat the Dodgers this evening, in front of 18 fans at Dodger Stadium. I mean, there were like 52,000 there at the beginning, but most of them left after ten minutes.

Kyle Kendrick was normal. Scattering ten hits over five and two-thirds innings, he walked one, struck out two, and was charged with two runs. That is, aside from the abbreviated length, a damn decent outing from a guy like Kendrick. The Dodgers countered with Darin' Dan Haren, who lasted six full innings, allowed only seven hits, a pair of walks, managed seven strikeouts, but was charged with three runs, thanks to a big error from Adrian Gonzalez.

But before this becomes a bullpen game...

The Dodgers struck first, with a two-run homerun from Juan Uribe in the bottom of the fourth. The Phillies took the lead back quickly in the fifth: Ben Revere hit a one-out single, Carlos Ruiz singled him to third, bringing up Chase Utley. Utley, who is the best, forced the aforementioned Gonzalez error, scoring Revere and moving Ruiz to second. Ryan Howard would ground out weakly, moving the runners up, bringing up Marlon Byrd, who slashes a double to right, scoring Ruiz and Utley.

In the bottom of the fifth (insert boozejoke), Hanley Ramirez singled to center. Gonzalez singled to right, moving Ramirez to third. Yasiel Puig, then, grounded into the MLB Rulebook.

Now, I want to go off-topic for a minute here. The MLB Rulebook is, compared to it's colleagues in football and basketball, remarkably simple. Throw the ball, hit the ball, catch the ball. No lollygagging. That's pretty much it. There's a few things in there about infield flies and drugs, but otherwise, it's the same game we've been playing since Tee-Ball.

The NFL, on the other hand, seems to think that every single problem needs a new rule to fix it.

OHMIGAWSH THAT IS A PROBLEM LET'S INSTITUTE A NEW RULE!

OHMIGAWSH, THAT RULE IS SHITTY, LET'S AUGMENT IT WITH AN ADDITIONAL RULE!

OHMIGAWSH, THAT RULE IS ALSO SHITTY, LET'S VAGUEIFY IT WITH AN ADDITIONAL RULE!

So, in the NFL, we're left with a situation where coaches can throw the challenge flag on some plays, except if it's less then fourteen seconds before the two-minute warning in the fifth quarter on an interception play where the home team is in the nickel in the bottom half of the hour if he's eating nachos with spicy sauce and the mascot is drunk.

Seriously, that's in the NFL rulebook. Look it up, I dare you. 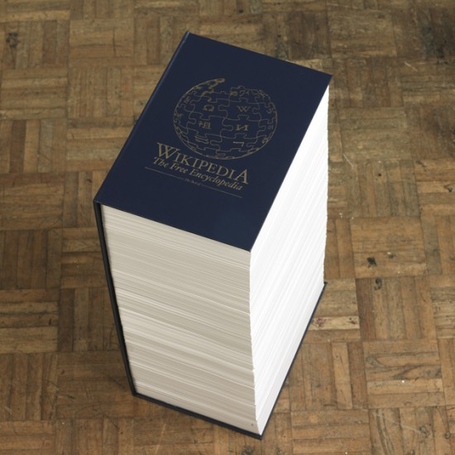 So, as glad as I am to see Major League Baseball innovate with regards to replay and preventing agonizing catcher injuries and so on, I'm quite dismayed at the actual new rules that have been instituted.

They're BAD. They're really really really bad. The catcher can block the plate, but only if he's in the act of receiving a throw from a right-handed fielder while at home in a losing game against an interleague opponent when the starting pitcher is a southpaw Gemini who went to high school in Gary, Indiana.

Ramirez was out on the throw after all, and, in all likelihood, Joe Torre will be calling Don Mattingly tomorrow to apologize and award him two bonus wins.

In the sixth, Kendrick was finished after allowing two baserunners, bringing in Jake Diekman, who convincingly struck out Matt Kemp. Whoooosh. Kemp had no chance. Diekman might actually be a pretty damn good reliever, actually, if he's used properly.

In the seventh, though, Mike Adams replaced Diekman, and promptly gave up a game-tying homerun to Gonzalez. Oooosh. Adams, to his credit, retired the next five batters he faced, and his one run in two innings is better than average for the Phillies bullpen thus far.

On to the ninth, then, and, as is par for the course in a tie game, you bring in your weirdest pitcher. Mattingly went to Annoying McBeardass, who promptly allowed a leadoff single to Cody Asche. After Tony Gwynn lined out, Ben Revere singled, and Ruiz doubled, scoring both. Beardface then intentionally walked Chase Utley because he knew Utley was gonna go yard, and plunked Howard on the hand because he's a dick.

Bases loaded. Mattingly had had enough beardishness, and brought in Jamey Wright, who's apparently almost as old as Jamie Moyer, but not as effective. Marlon Byrd singled off Wright, scoring Ruiz and Utley, and pushing the score to 7-3.

Some wicked defensive shifts in the bottom of the ninth, and Jonathan Papelbon later, and the Phillies had finished their first four-game series of the season with a 3-1 win. On the road. And are back to .500 at 11-11.

Now, honestly, raise your hand if you thought that this was a likely outcome. Now, those of you who didn't raise your hands are sensible, and the rest of you don't exist.

Seriously, guys, this team is bad, but not as bad as we might have thought.

Now, let's see if I can do this part right.