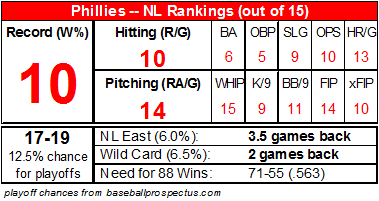 The Phils are back in last place, a half game behind the Mets, and 3.5 behind Atlanta.

This will be the second of the last three weeks that includes two scheduled off days. It won't happen again this year. 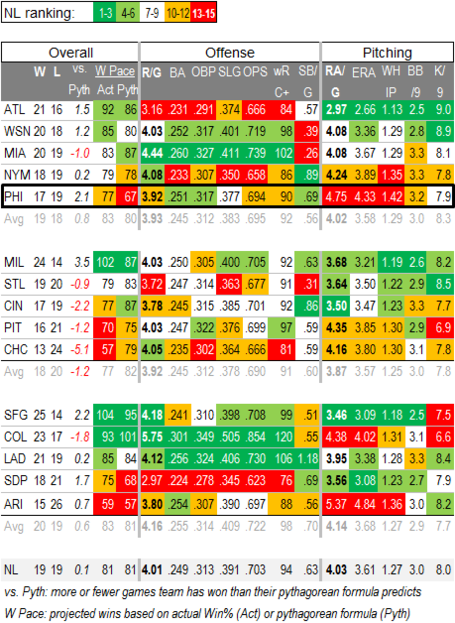 The Phils' relationship with the walk is a tumultuous affair: 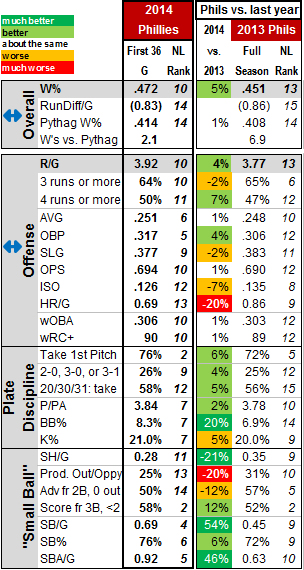 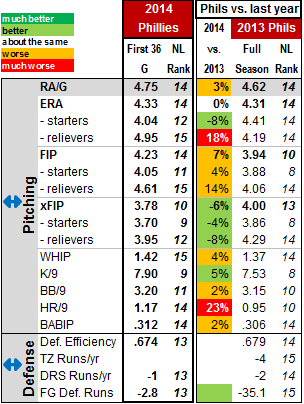 Utley: after a lengthy cold spell following his hot start, he has now been hitting again over the last few games. He's still 2nd among all MLB second basemen in fWAR (in a virtual tie with Brian Dozier at 1.9), and leads all second basemen in AVG, OBP, SLG, OPS, wOBA, and wRC+.

Byrd: There's good news and there's bad news. The good news: his season so far compares well to his career year of 2013: 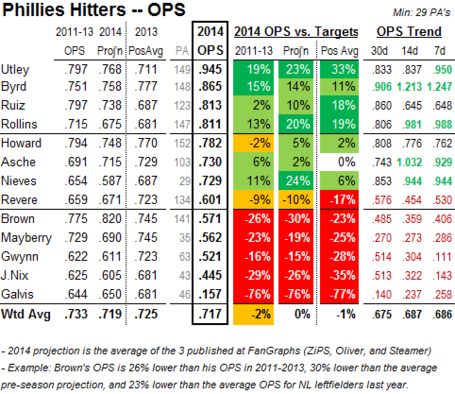 Four players are solidly above-average at their positions: Utley, Byrd, Ruiz, and Rollins. The same four are also exceeding their preseason projections.

Mike Trout is having another fantastic season leading the world in WAR again (excluding great players hitting in extraordinarily friendly conditions whose name begins with Tulo).

However this year that WAR is driven in large part by very high defensive ratings. His hitting isn't what it was his first two years:

He's striking out more this year, at 27.6%, the 11th highest K% in the AL, sandwiched between Raul Ibanez and Adam Dunn.

And when putting the ball in play, he's hitting fewer line drives, 17.6% of balls in play, compared to 22.8% the last two years.

In spite of all that, he has still been the 5th best hitter in the AL so far.

One other interesting note is that his splits have looked different than in the past:

His career home-way splits are quite even, with wRC+ of 168 at home, and 156 on the road. However this year, in spite of playing in a strong pitcher's park, he has benefited from home cookin', while looking decidedly mortal on the road:

Likewise, he has had very little platoon differential for his career overall (wRC+ of 163 vs. RHPs, and 158 vs. LHPs), but this year he has been pounding lefties while being merely above average vs. right-handers:

May just be due to the small sample, but interesting to keep an eye on.

Rollins' next hit will tie Ed Delahanty for third in hits in Phillies history. For Delahanty's career total, I am using the 2,211 number that the Phillies used on their broadcast over the weekend, instead of the other numbers that are publicly available:

At the moment he is projected to reach Schmidt on June 8, but even if that stays true, they would certainly sit him for at least a day to make sure he broke the record at home. 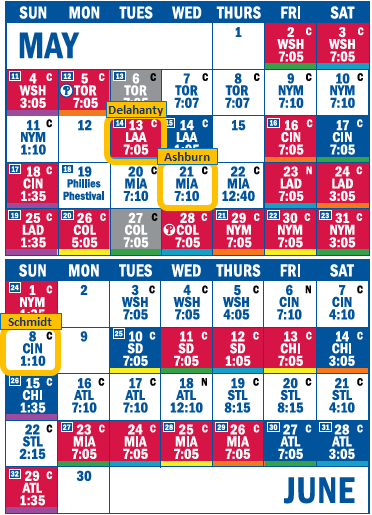