Through the first 38 games, the 2014 Phillies look remarkably like the Phillies of 2013. 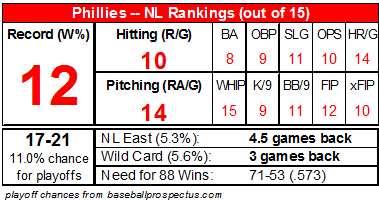 The Reds haven't won as many games as their run differential would indicate, thanks to a 6-12 record in 1-run games. So while Cincinnati's record is almost identical to that of the Phillies, they are likely a much better team. Any success the Reds have had this year has been due to run prevention. They've allowed the second fewest runs in the NL while scoring near the bottom, despite playing half their games in a great hitter's park.

Johnny Cueto in particular has a MLB-leading 1.25 ERA through 9 starts. 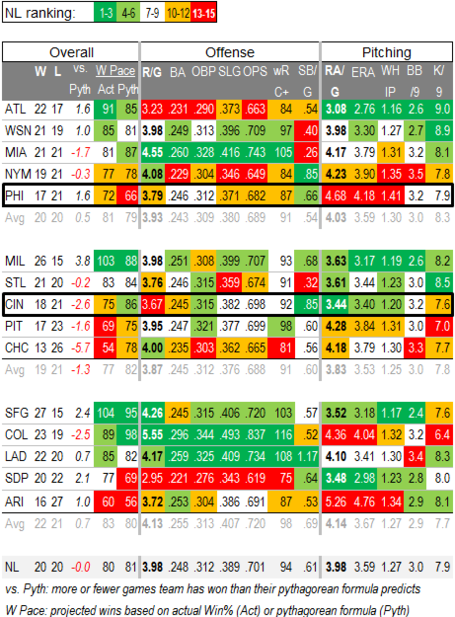 Going a level deeper, there are differences in how they're scoring those runs: as John Stolnis noted yesterday, they are hitting far fewer home runs this year (down 24%) than last year. On the other hand walks are way up (+17%), although it's been an up-and-down affair:

But in the end, the results in terms of runs scored have been almost identical. 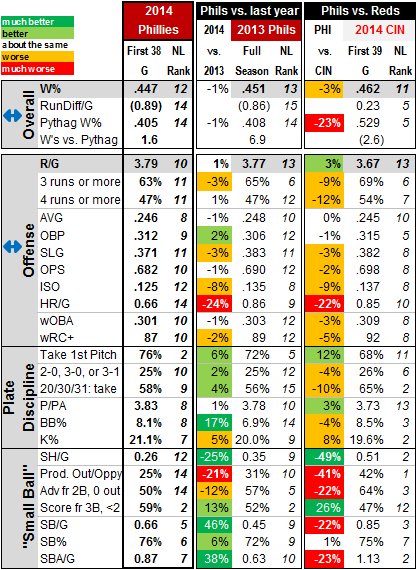 The graph below shows how the three main components of the Phillies' hitting (batting average, power, and walks) have changed since the start of the season. Also shown is BABIP, a key determinant for batting average. The dotted lines are the NL averages for each stat.

BABIP has fallen to the league average, and along with that, so has Batting Average. Power has been below average virtually all year, and while walks plummeted after an early spike, they may be stabilizing around the league-average mark. 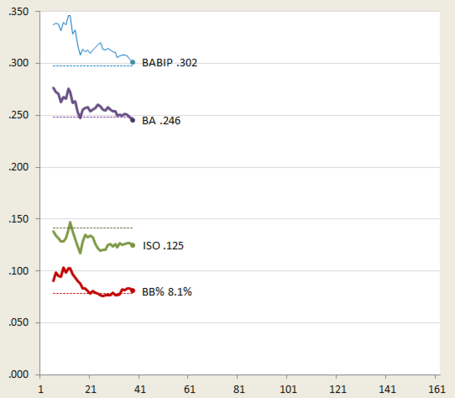 The Reds' story so far has been run prevention, and most of that seems to be attributable to their fielding.

At only 3.44 per game, they have allowed the second fewest runs in the NL, albeit far behind the league-leading Braves' 3.08.

Their pitching has been very good (at least on the surface), with the 6th best ERA in the NL, despite playing in a hitter's park.

But their defense has been excellent. First, while errors are an unreliable indicator, they have only made 12 so far, while other teams range from 19 to 36 (Phils have made 23), meaning that only 3 of the runs they've allowed 3 unearned runs all year (all other NL teams range from 8 to 24; the Phils have allowed 20).

And their defense also appears to be a big reason that the ERA is as low as its. Focusing on their fielding-independent pitching stats, they rank 10th in tERA, 11th in SIERA, 11th in xFIP, and 14th (!) in FIP. At 0.83, the difference between their ERA and their FIP is by far the highest in the league. As a sanity check, their UZR of 16 runs better than average translates to about 0.41 runs per game. 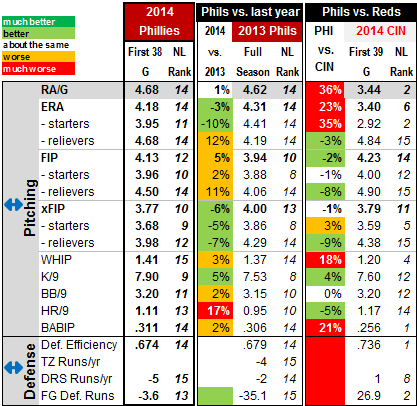 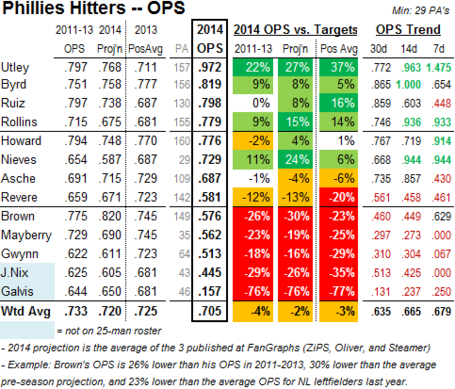 Rollins' hit on Wednesday tied Ed Delahanty for third most hits in Phillies history. For Delahanty's career total, this assumes the 2,211 number that the Phillies used on their broadcast, instead of the other numbers that are publicly available: 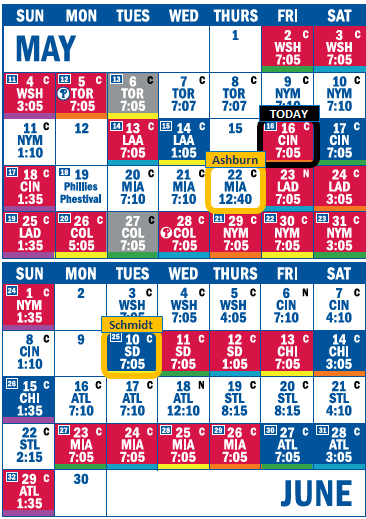