The Phillies start a series against the better-than-expected Marlins in Miami, where the fish have a MLB-best 17-5 home record. Jimmy Rollins needs just four hits to tie Richie Ashburn for 2nd most in Phillies history. 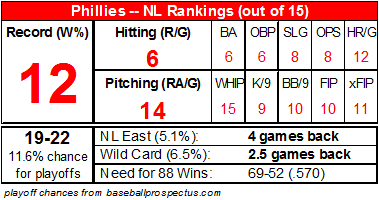 The Phils are now 4 games behind Atlanta, and only 2.5 back in the wildcard race. With just a 0.7 win difference between their actual wins and the wins predicted by their run differential, only two teams in the NL are closer to their pythagorean projection than the Phillies.

Miami is two behind the Braves, and they've played well thanks to the NL's best offense outside of Coors Field. Their pitching has been about average, and may get worse now that Jose Fernandez has been lost to Tommy John surgery. 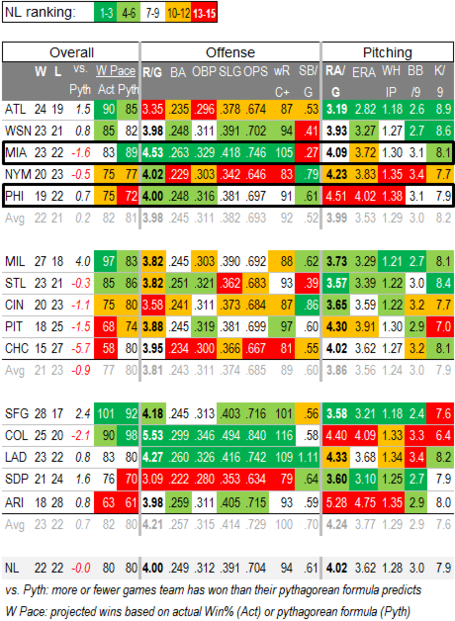 The Phils have scored the 6th most runs per game in the NL so far, but they've been more inconsistent than most teams, ranking only 12th and 11th in scoring 3+ and 4+ runs per game, respectively.

They're walking well again, leading the NL in BB's over the last 15 games:

At 17-5, they have the best home record in baseball.

They haven't shown much of a running game, ranking last in the NL in stolen bases, as well as attempts. 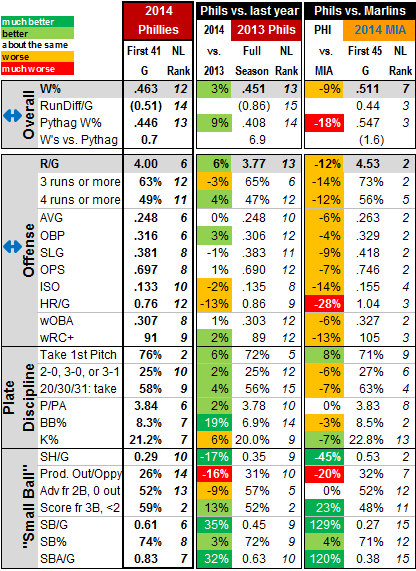 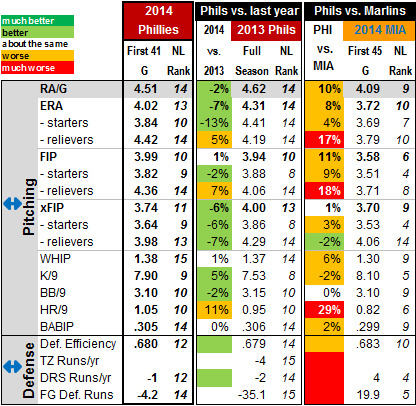 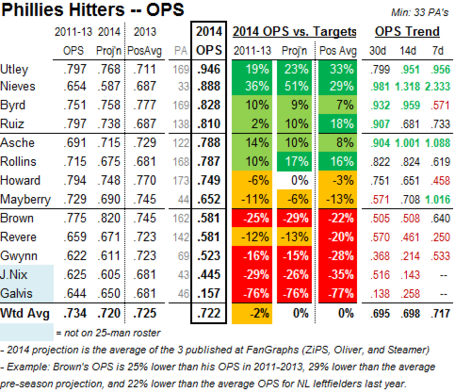 Rollins passed Ed Delahanty for third on the Phillies' all-time list on Saturday, and is now just four hits behind Richie Ashburn for second place. 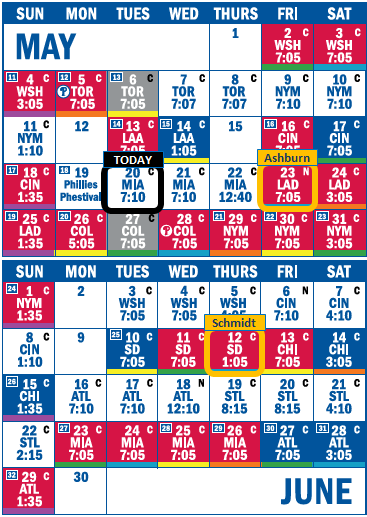