Stats by player at each level in the Phillies farm system.

Trying this out -- suggestions welcome. Players are listed by the highest level they've played at this year, and stats are combined across all minor league levels.

The columns on the left show where they ranked on Cormican's (C) and Matt Winkelman's (W) pre-season top 30. OPS is highlighted if over .800 or under .600.

What's not apparent here is Maikel Franco's improvement after a horrendous start: 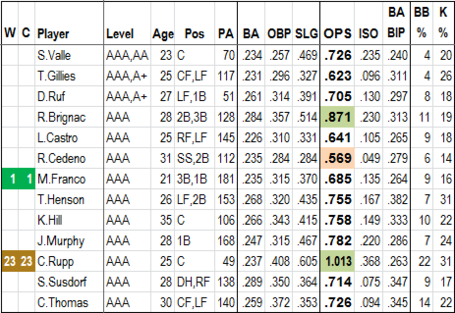 Cam Perkins and Brock Stassi have continued to hit, as has Tommy Joseph in limited playing time. 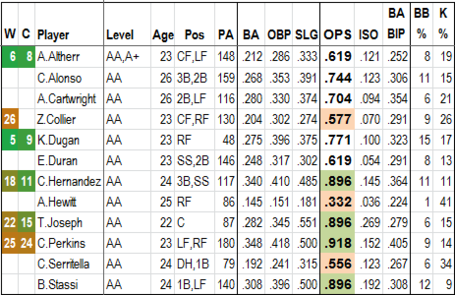 Peter Lavin, in addition to his 12 outfield assists, has been the lone bright spot at the plate, at least until Roman Quinn arrived off the DL.

Deivi Grullon is shown here but is actually at Lakewood, where he is still the 4th youngest player in the South Atlantic League. 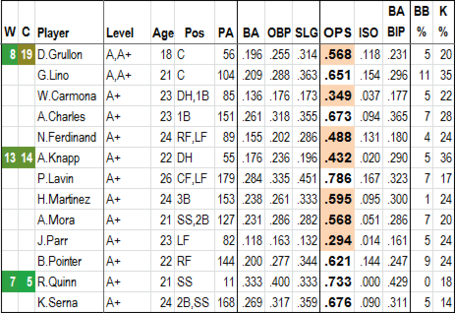 J.P. Crawford is tearing up the SAL, and showing very good plate discipline. Carlos Tocci is the 8th youngest player in the league. In his second year through the Sally, he's doing slightly better than in 2013's .209/.261/.249. 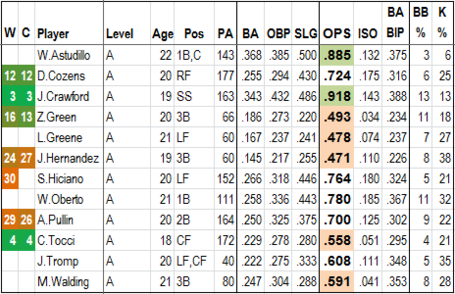