Jimmy Rollins is now 3rd in Phillies history in most times reaching base, and is 30 hits behind franchise all-time leader Mike Schmidt.

Just an update on Phillies milestones today, but here's one tidbit in anticipation of Mike Trout's arrival on Tuesday:

On Saturday Rollins became the 9th active player with 2,200 or more hits. He's now only 30 hits behind Schmidt, and nine away from matching Ed Delahanty (Phillies announcers may use the Phillies Media Guide, which shows Delahanty with only 2,207):

These projected dates assume he gets back on the field within the next day or two. At the moment he is projected to pass all three during home stands, but those projected dates will move around depending on how he does in the coming weeks. 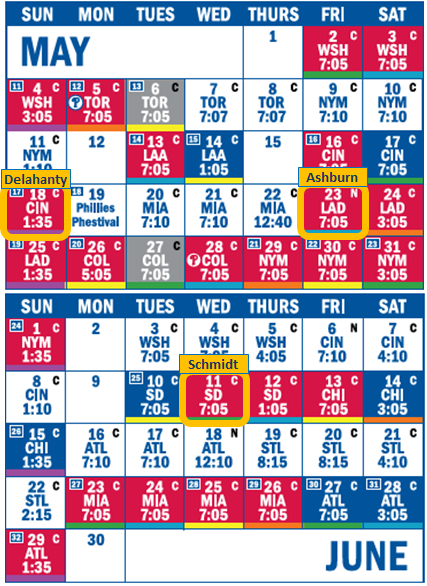