The Marlins have hung in the NL East race, thanks in large part to Giancarlo Stanton, who has stayed healthy this year and is on pace for 43 homers and 8.6 fWAR. 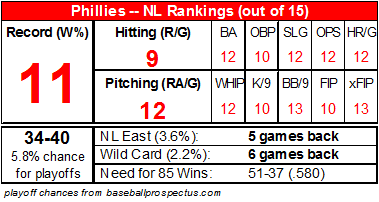 The target above is now reduced from 88 to 85 wins, making the hopeful assumption that none of the other NL East teams will get their act together, and 85 wins can take the division.

PhilliesThe Phillies have the NL's highest run differential over the last 16 games.

Marlins
Miami's pitching has been praised, but it's been their offense, more so than their staff, that has kept them near the top in the NL East. 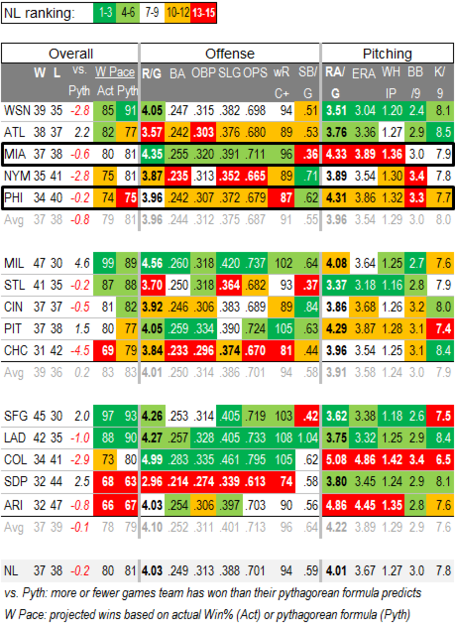 Phillies
Despite improved plate discipline, the Phils have been the same as last year, or worse, in most major offensive categories.

Marlins
Miami has scored the 3rd most runs in the NL. That's better than their 6th rated wOBA and wRC+ might predict, and it's due in part to the league's 3rd best batting average and OPS with runners in scoring position. 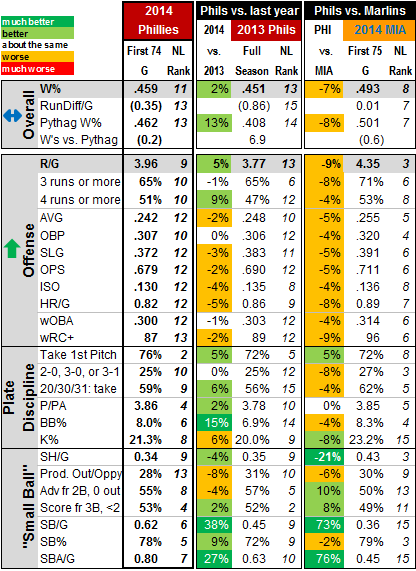 The Phils will face: 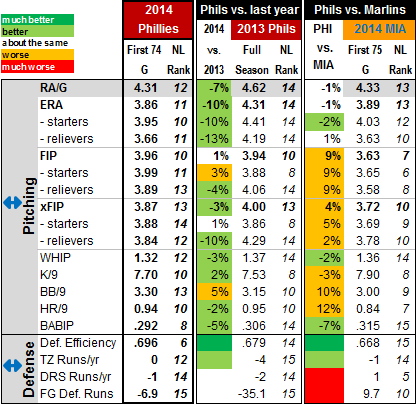 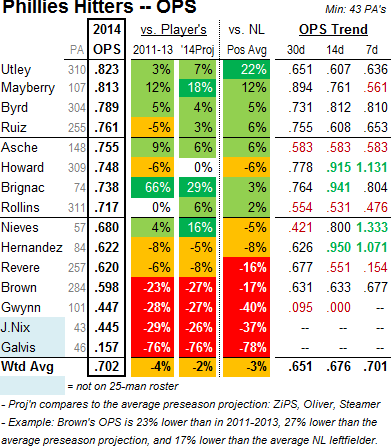 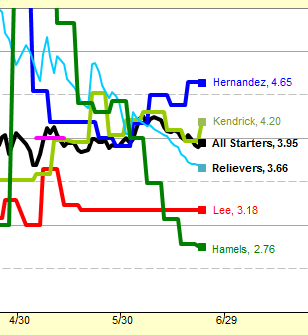 Milestones by Phillies players that may be reached over the next week...