With a trade deadline looming and the ends of Phillies careers possibly near, where do current Phils rank on the franchise all-time top ten lists?

Share All sharing options for: Phillies Milestones: Update at the Halfway Mark

With a trade deadline looming just 31 days away, it's possible (though maybe not likely) that some of these advances up the Phillies' all-time lists will come to an end soon.

Below are the Phillies' all-time top 10 lists as they stand as of now, with current Phillies highlighted.

The arrows indicate the movement they are projected to make up a list this year (or movement down in a couple of cases) -- e.g. Jimmy Rollins started 2014 in fourth place in hits, and is expected to to finish the year in first. Rollins, Utley, Howard, Hamels, and Lee are color coded.

The lists as they stood at the beginning of the year (through April 6th) are here (along with rough timelines of when players would move up each list), and a Rollins-specific milestones post is here. 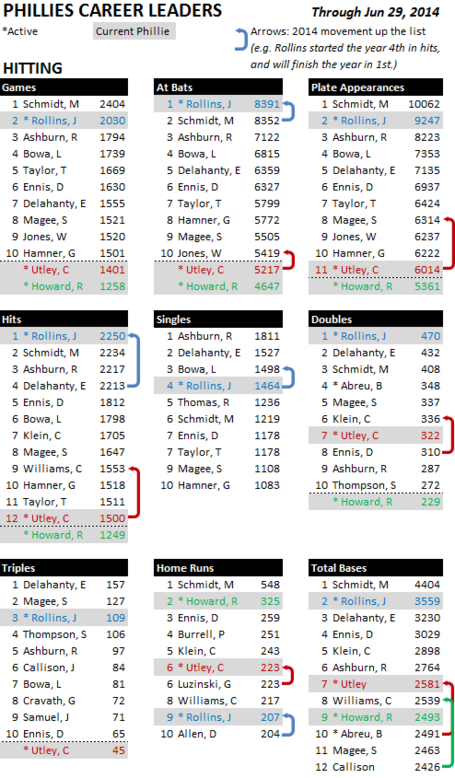 Rollins: In addition to becoming the franchise all-time hits leader, Rollins also recently passed Mike Schmidt as the all-time Phils leader in At Bats. If he stays through the end of his contract next year and stays healthy, he will likely also pass Schmidt in Plate Appearances -- he is projected to get 680 this year, and so would need only 481 in 2015.

Utley: will move into the top 10 in Hits, At Bats, and Plate Appearances later this year.

By the end of the season, Rollins, Utley, and Howard will likely be 3 of the top 8 in Phillies history in Extra Base Hits, Total Bases and RBIs, and 3 of the top 9 in Home Runs. 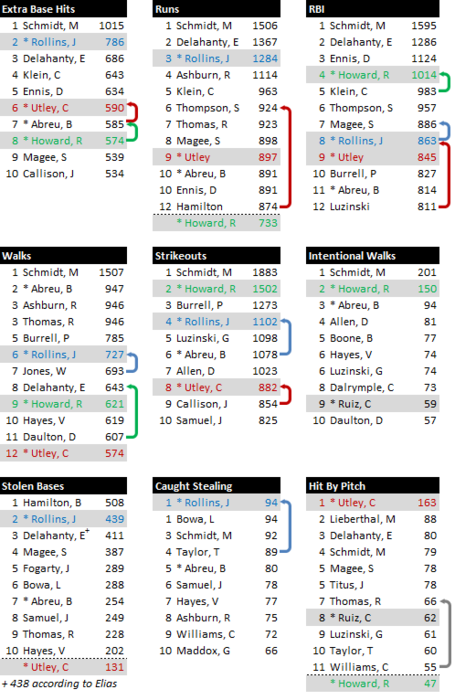 Utley: will move past a couple of tightly bunched groups this year, to go from 12th to 6th in Runs scored, and from 12th to 8th in RBIs.

Ruiz: Chooch is already 8th in franchise history in HBPs, and could be 7th by the end of the year. 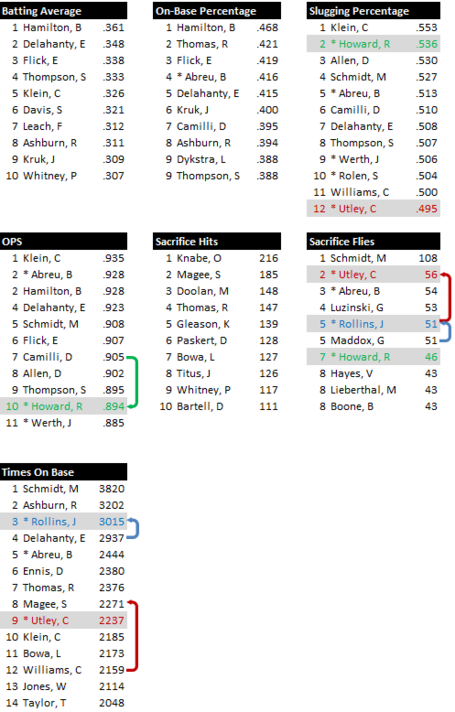 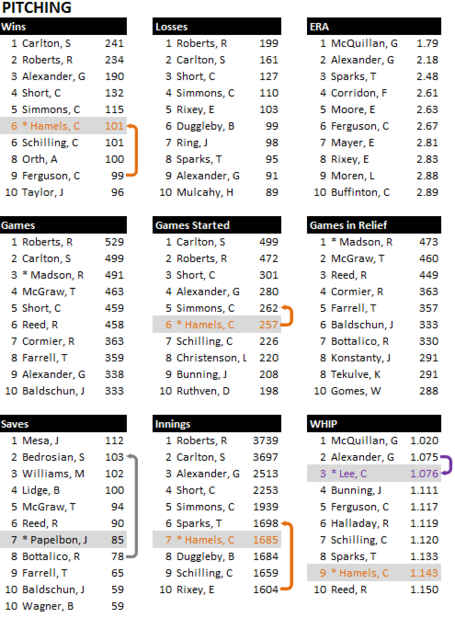 Hamels: There are already only five pitchers who won more games for the Phillies, only five who started more games, and soon there will be only five who pitched more innings. And only two who struck out more batters.

Papelbon: With 18 saves in the first, he could conceivable become the Phils' 2nd all-time saves leader by the end of the season. 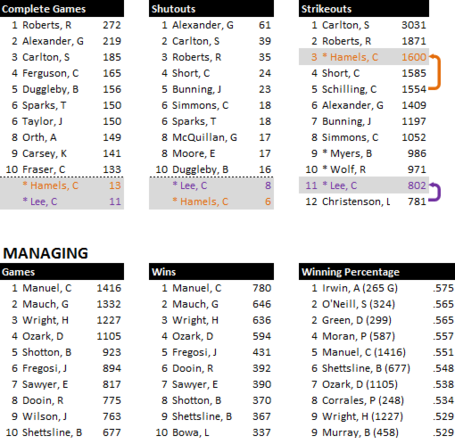