The Phillies are still getting hits, just not with runners in scoring position. On Sunday Rollins became the 19th player in history to play 2000 games at Short. 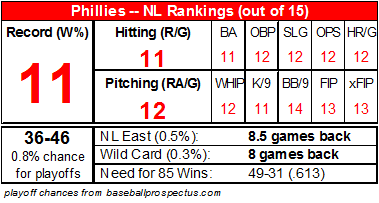 What little playoff chances the Phillies had are now detectable only with a microscope, and none of the major stats shown here rank any higher than 11th on either side of the ball.

Phillies
The Phils are coming off their first sweep at home at the hands of the Braves since Sept. 24-27, 1964, when the Braves' franchise was in Milwaukee. Those four losses at Connie Mack Stadium  were numbers 4, 5, 6, and 7 of the ten-game losing streak during the Phillies’ season-ending collapse that year.

Marlins
Miami is now 4 games under .500 and closer to the back than the front in the NL East. 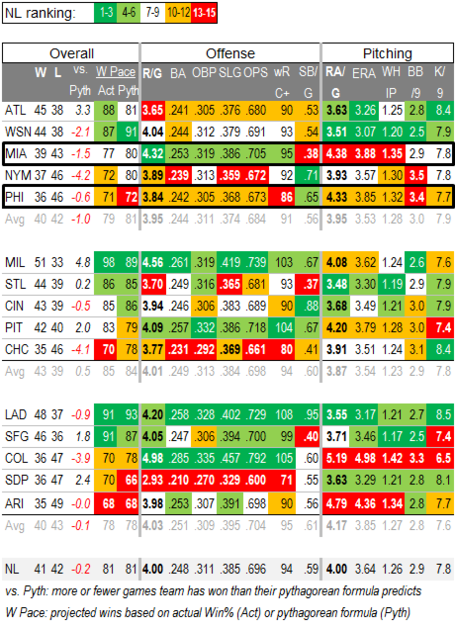 The Phillies' little surge brought them up to the same record as in 2012, at the same point of the season, and they have been tracking close to that over the past week. Unfortunately that was the 2012 team's pre-All Star Break swoon: 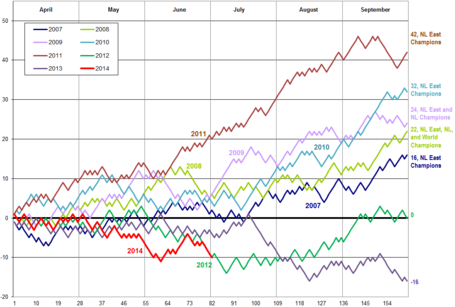 PhilliesWith runners in scoring position, the Phillies have gone:

In 2013, the average with RISP for every team but one was within 20 points of their overall average. The graph below shows these differences for the 30 teams. St. Louis is the outlier (.061) labeled at the top, and the Phils (.004) are also labeled: 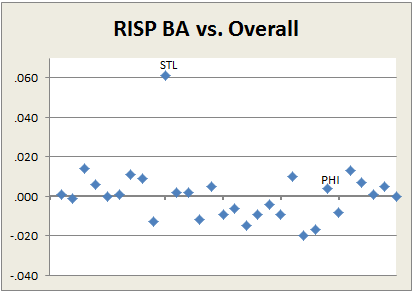 As recently as June 14th, the Phillies' two averages were identical, at .242. But in the 16 games since then:

At .227, their season's average with RISP is now 12th in the NL, ahead of only Washington, Chicago, and San Diego. 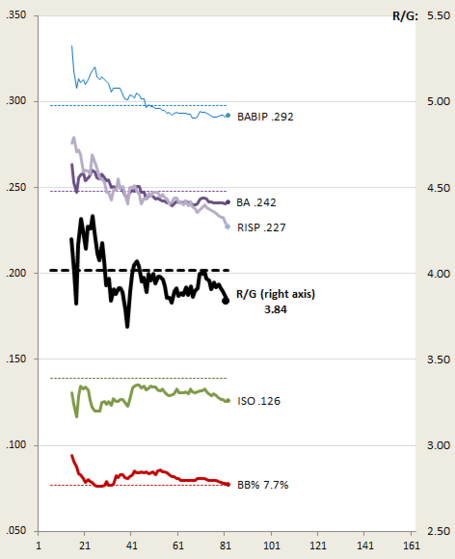 Marlins
Miami has one of the better-hitting lineups in the NL. They've also been among the best in hitting with RISP (3rd in the NL in both batting average and OPS), helping to push their scoring to 3rd best in the NL. 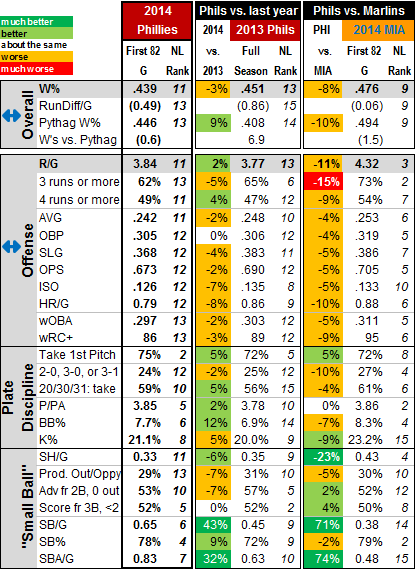 Why yes, the Phils did face these same guys just last week... 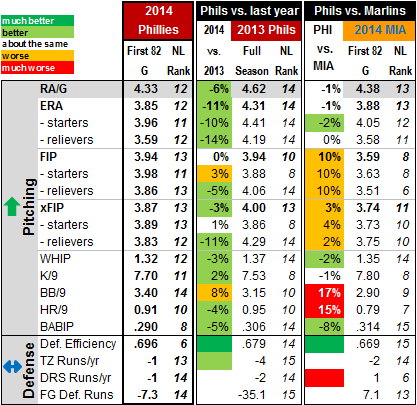 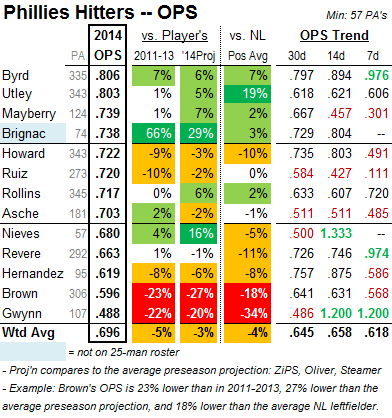