Rollins is four extra base hits away from becoming only the 5th shortstop in baseball history with 800. With three games remaining before the trade deadline, Papelbon needs two saves to tie Tug McGraw for 5th most in Phils history. And the East has the best aggregate run differential in the NL. 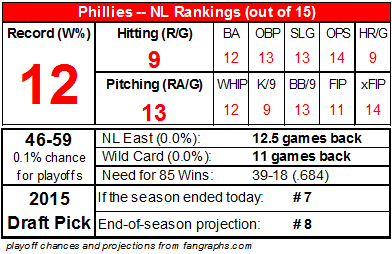 The Mets have a firm grip on 4th place and could even challenge for 3rd... 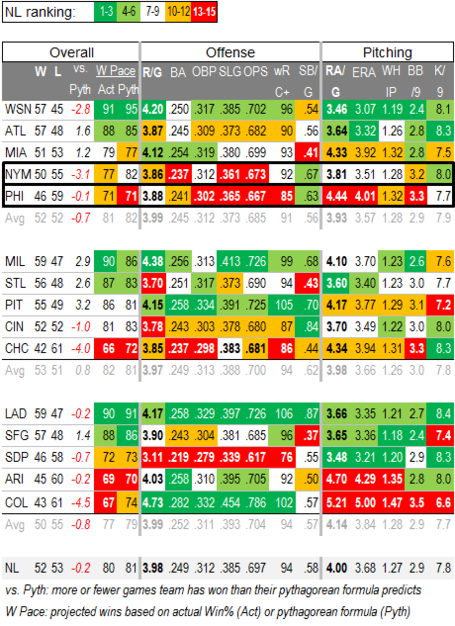 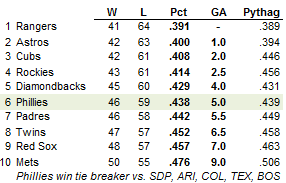 The East has now taken over the NL lead for best aggregate run differential: 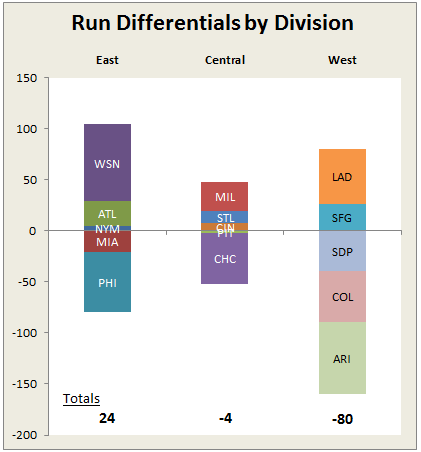 The Phils were 13th in runs per game a week ago, but have now moved up to a seemingly-almost-respectable 9th. That's only because there is a group of teams in the 3.8-3.9 range (Mets, Braves, Cubs, Reds, Cards), and over the last week the Phillies improved slightly from 3.83 to 3.88 runs to move from the back of that little pack, to the front. 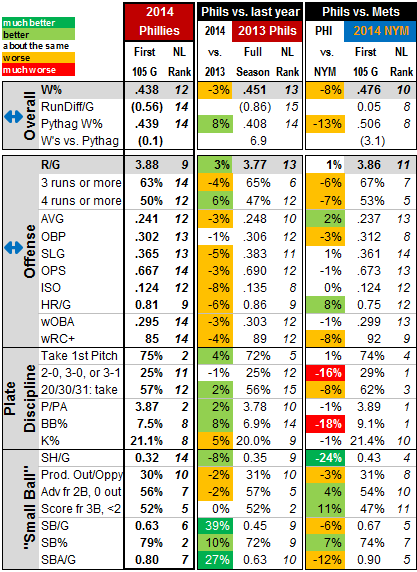 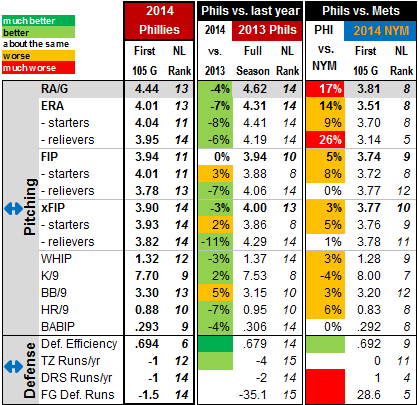 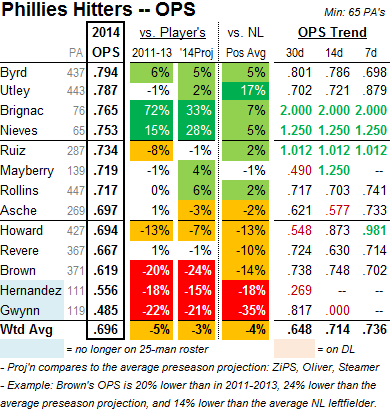 Asche is falling towards Howard territory; Rollins has stayed fairly constant for the last month; Chooch is 4 for 12 with 3 doubles since returnig from the DL... 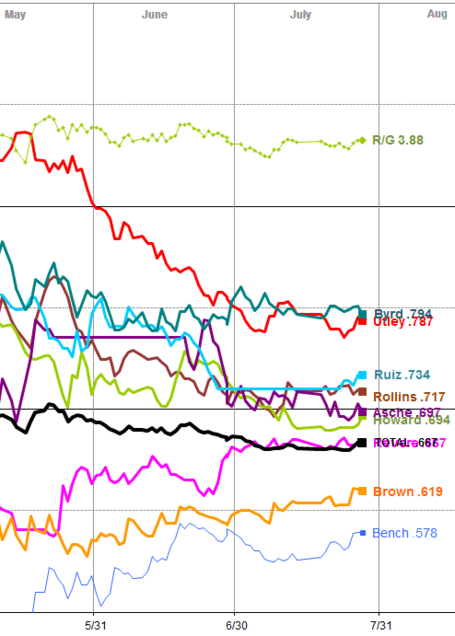